For a change, Dolphins and Texans both won't lose this week 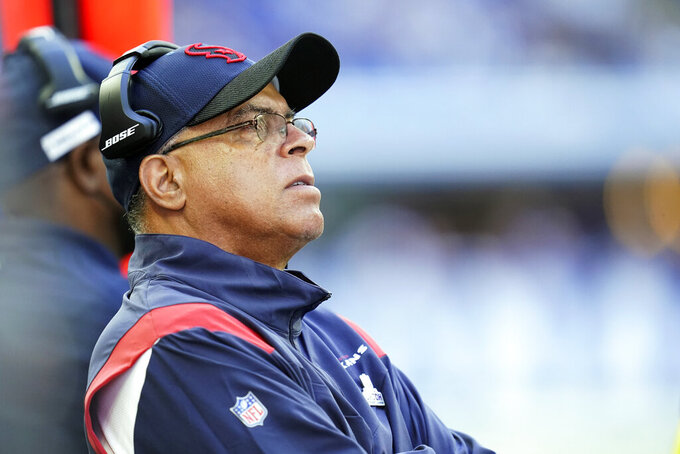 Sunday’s game that sends Houston to Miami is, on paper, a historically bad matchup. It’s only the second game in NFL history where both teams enter with exactly 1-7 records. It features two teams in last place in their divisions, two teams that rank toward the bottom of the league in all the major statistical categories, two teams that have been linked all season by trade speculation involving Houston’s Deshaun Watson and now, a few days after getting nothing done there, will try to get something else done on the field instead.

Problem is, the Dolphins and Texans always seem to find themselves on the wrong side of that line.

This game is loaded with the proverbial “something has to give” stat quirks. Miami is 0-3 at home, Houston is 0-4 on the road. Houston scores the fewest points in the league, while Miami has given up more yards than anybody.

And then there’s the off-field drama that ended, for now, when Tuesday’s trade deadline came and went: Watson asked for a trade after last season and has been pursued for months by the Dolphins, which looks like a good indicator that Miami isn’t exactly convinced that Tua Tagovailoa is the long-term answer at quarterback.

“We want to get a win,” Tagovailoa said. “We’ll start with that this week — try to get a win and obviously build off of that. I don’t think there is really much to prove. It’s always what can I do better and knowing my expectation for myself and kind of how I want to go out there and play ... not really to anyone else’s expectations.”

Watson hasn’t played at all this season for Houston and the quarterback the Texans expected to have in his place is finally primed for a return. Tyrod Taylor hasn’t appeared on the field since the first half of a Week 2 loss to Cleveland because of a hamstring injury, but was announced Thursday as this week's starter.

With Taylor, the Texans outscored opponents 51-35 in the season’s first six quarters. Without him, they’ve been outscored 206-68 in the past 26 quarters.

“Tyrod coming back this week has been a great breath of fresh air, and you can feel that electricity kind of running through the team,” Texans safety Justin Reid said.

The Dolphins don’t have that same spark. A season that opened with playoff aspirations and saw them be the lone AFC East team to win in Week 1 has gone haywire, though the front office still insists it has some hope.

“Being 1-7, no one’s happy,” Dolphins general manager Chris Grier said. “We’re all frustrated and we’re trying to turn this thing around in the second half of the season.”

These teams simply have not been able to run the ball whatsoever. Miami is 30th in the league at 78.6 yards per game, Houston 31st at 76.1. (Only the New York Jets, at 75.6, are worse.) Part of that is because the Dolphins and Texans are often trailing and need to throw the ball, but the per-carry numbers are still bad. Miami ranks 27th at 3.8 yards per carry, Houston last in the 32-team league at 3.3 per carry.

Texans coach David Culley is leaning heavily on WR Brandin Cooks after recent trades and personnel moves have left him as one of the few veterans remaining on the team. Culley called his leadership “invaluable” and hopes the younger players follow the example that he sets with his work ethic and attitude. Cooks leads the team with 585 yards receiving. “When you’re going through stuff like this, it tests you,” he said.

Texans DL Jonathan Greenard has been a bright spot this season, with seven sacks in six games — six of those coming in his past four contests. He’s tied for seventh in the NFL entering the week, set to face a Miami team that has allowed 19 sacks in its first eight contests.