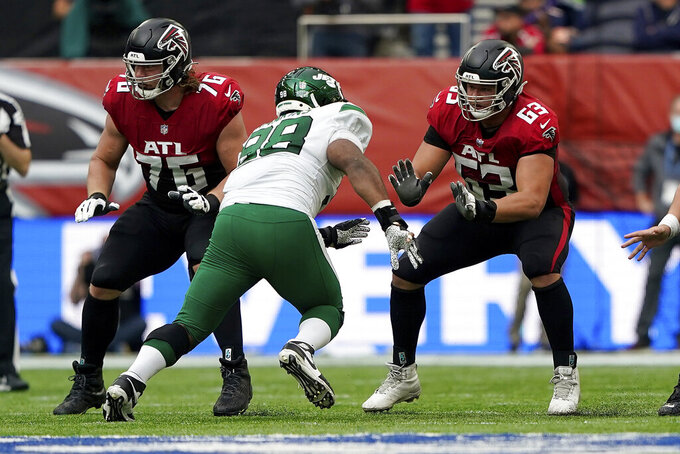 Jarrett had 59 tackles while starting all 17 games in 2021. He had only one sack, ending a streak of four seasons with four or more sacks.

The Falcons' decision on Lindstrom and McGary, their two 2019 first-round draft picks, was no surprise.

Lindstrom, the No. 14 overall pick in the 2019 draft from Boston College, has developed into a strength of the Falcons' offensive line. He didn't allow a sack while starting all 17 games last season.

McGary, the No. 31 pick from Washington, gave up nine sacks. He will be a free agent after the 2022 season. Germain Ifedi, the former Chicago Bears tackle who signed a one-year deal as a free agent, will compete with McGary at right tackle.

The Falcons added one offensive lineman in last week's NFL draft, selecting guard Justin Shaffer from Georgia in the sixth round. Shaffer will compete at left guard with Jalen Mayfield, who allowed 11 sacks as a rookie last season.