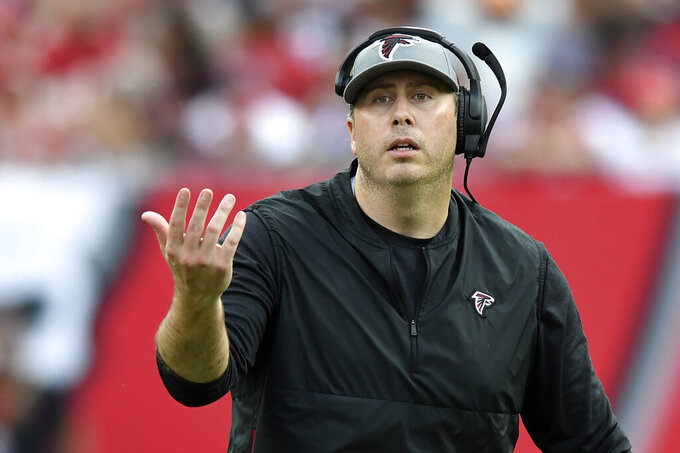 Colquitt spent 15 seasons with the Kansas City Chiefs, where he earned Pro Bowl honors in 2012 and 2016.

He gives the Falcons (0-2) another option in the punting game after Nizialek had two costly shanks in a loss at Tampa Bay last Sunday.

Leaving the Chiefs after their Super Bowl-winning campaign in 2019, Colquitt appeared in five games with the Steelers and one game for the Jaguars last season.

Over his long career, Colquitt has a 44.8-yard punting average and 39.7 net average.

Nizialek averaged 46.5 yards on six punts in the season opener vs. Philadelphia, but he slipped to 39.3 — with a 34.3 net average — against the Buccaneers.

Now, he'll have Colquitt pushing him in practice ahead of Sunday's game at the New York Giants.

The Falcons have struggled to settle on a punter since 2019, when they cut ties with Matt Bosher after nine seasons.

Sterling Hofrichter, a 2020 draft pick, held the job for only one season before he was released in August. Nizialek, who punted collegiately at the University of Georgia, wound up claiming the role but could be in for a short tenure.

To make room for Colquitt, the Falcons released offensive lineman Bryan Witzmann from the practice squad.