Hiring minority coaches in the NFL comes down to owners 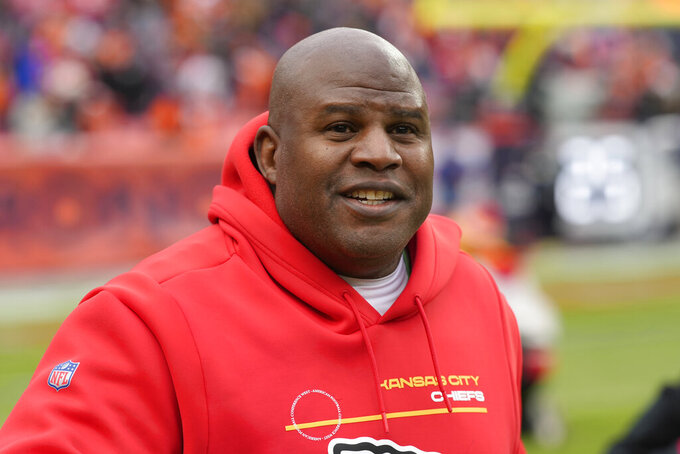 No matter how much the NFL pushes teams to hire minority coaches, owners have the final say.

The league established the Rooney Rule in 2003 and has expanded it several times over the years to encourage teams to hire more minority coaches. It started the Quarterback Coaching Summit in 2018 to create more opportunities for many of those coaches.

Earlier this year, the NFL implemented an initiative that requires all 32 clubs to employ a woman or a member of an ethnic or racial minority to serve as an offensive assistant coach.

In May, the league launched an accelerator program, bringing 60 minority coaches and executives to Atlanta to meet with owners in short sessions so they can get acquainted.

There’s been progress. After just three Black coaches were hired from 2018-21, three Black coaches were hired in the last cycle. There are six minorities in head coaching positions now: Pittsburgh’s Mike Tomlin, Houston’s Lovie Smith and Tampa Bay’s Todd Bowles, who are Black; Miami’s Mike McDaniel, who is biracial; the Jets’ Robert Saleh, who is of Lebanese heritage; and Washington’s Ron Rivera, who is Hispanic.

Also, three of the five openings for general manager following last season were filled by minorities, bringing the total to eight minority GMs.

Led by Troy Vincent, the NFL's executive vice president of football operations, and Jonathan Beane, the NFL's senior vice president of diversity, equity and inclusion, the league is doing its part to increase opportunities. But everyone knows it comes down to owners making the decisions.

“It’s not about forcing anyone to hire anyone. It’s about exposing good coaches to those who make the calls,” Vincent said.

HOW DO BLACK COACHES FEEL ABOUT LACK OF OPPORTUNITIES?

Kansas City Chiefs offensive coordinator Eric Bieniemy is most often mentioned as a deserving candidate who hasn’t landed a head coaching job. Bieniemy has an impressive resume, leadership qualities and strong endorsements from Chiefs coach Andy Reid and quarterback Patrick Mahomes. He has interviewed 15 times with 14 teams over the past four years but is still waiting for a team to give him the chance. He doesn’t blame the NFL.

“They have done an outstanding job of putting that together,” Bieniemy said of the annual Quarterback Coaching Summit. “Each and every year, I’ve been more and more impressed.”

Buffalo Bills defensive coordinator Leslie Frazier is still waiting for a second opportunity to become a head coach after going 21-32-1 with the Vikings nearly a decade ago.

“The league with Commissioner (Roger) Goodell and the work Troy Vincent is doing with his staff, I think there are people that are trying to advance the situation, but at the end of the day, it still comes back to ownership,” Frazier said. “I don’t know if the league can do a whole lot more than just continue to do programs like Quarterback Summit to prepare guys and have them in position and hopefully someone will give them an opportunity. I was so impressed with the number of young candidates that are out there that are more than capable of one day becoming coordinators in our league, becoming quarterback coaches in our league, becoming head coaches in our league. It’s just a matter of someone giving them an opportunity to show that they can lead a team.”

ARE THE NFL’S PROGRAMS HELPING?

Bieniemy was impressed with the accelerator program in May. He’s hopeful it’ll prove to be a building block.

“One thing owners are going to do, they’re going to hire who they want to hire,” Bieniemy said. “They want to hire the best candidate. I thought at the accelerator program that they did a great job. It gave coaches like myself and a lot of people that are behind the scenes who are in personnel or doing different things in this industry, it gave us an opportunity to connect with people. It also gave us an opportunity, a front seat, just to sit and have a normal conversation with owners.

“And, I thought that was a great deal because when it’s all said and done, you want to make sure that you’re comfortable with the people that you’re working with. I thought they did a great job of just creating an environment at that accelerator program where everyone felt comfortable. Now, I’m still going to re-evaluate who I am. Yes, owners are going to hire who they choose to hire. My job is to make sure that I can be the best candidate that’s ready when that particular moment strikes.”