It won't be easy for Cowboys nor Saints in Big Easy 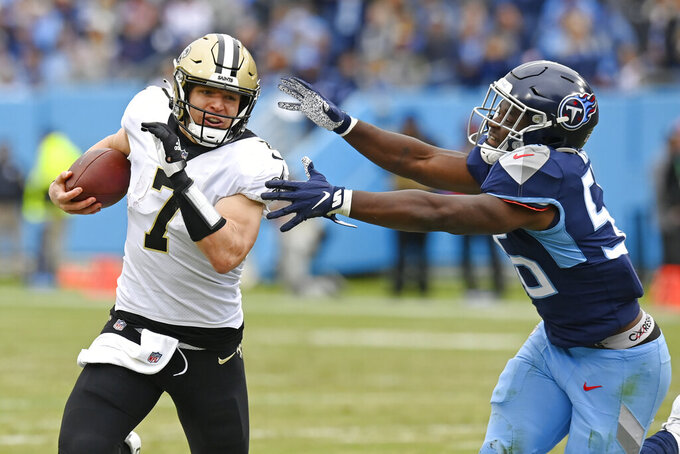 Yes, it's been a strange year on the field, with visiting teams 90-87-1, not counting two neutral-site games in London. And this week's betting lines are further proof home field isn't necessarily an advantage.

Take a look, and you will find eight visitors as favorites, including Thursday night's matchup in the Big Easy.

Which won't be easy for either side.

The Cowboys, losers of three of the past four, have COVID-19 issues that will sideline coach Mike McCarthy among others. They also have slumped recently, though life in the NFC East has allowed them some leeway.

“It’s like anything; we are far enough into this that everyone understands what we need to get done,” McCarthy says of the disruptions caused by virtual meetings and various protocols. “I feel good about the prep. I think with all the change going around us, it is making our team focus tighter.”

The focus for the Saints likely will be at quarterback. Since Jameis Winston's season ended on Oct. 31, they've been in scramble mode at the position and have dropped four straight games. Taysom Hill, the do-everything playmaker who had success (3-1) in 2020 when Drew Brees was hurt, figures to see more action now that he's recovered from a foot problem.

“There’s nothing like playing quarterback in this league, and so certainly that requires an additional amount of energy and responsibility,” Hill says. “You have a greater ability to affect the outcome of a game.”

No. 10 Dallas is a 4 1/2-point favorite over No. 23 and fading New Orleans, according to FanDuel SportsBook. We like Hill's chances of keeping it close, but ...

KNOCKOUT POOL: Baltimore didn't play very well, but did enough to keep its survivor pool supporters going. This week, we need to go with KANSAS CITY, which seems to have turned it around.

The Dolphins are on a roll and their defense is for real. Tua might be, as well.

Pro Picks can't find a reason to back the spiraling Steelers right now, even though the Ravens aren't close to top form.

Pro Picks can’t find a reason to back the spiraling Seahawks — and the Niners are close to top form.

As we said above, the Chiefs seem to have found their mojo — particularly on defense.

Minnesota makes a habit of not finishing, but Detroit has perfected that art.

We think the Cardinals are for real. Chicago's 4-7 record shows how real it is.

Isn't this about the time in 2020 when the Bucs took off toward the championship?

The Colts won't forget the running game this Sunday against the leaky Texans.

After that stinker in the Meadowlands last week, got to expect more from Philly this time.

The Bengals have a rough schedule ahead, so they desperately need this.

Both teams are in the playoff mix, though the loser here will be straining to get there.

Those are a lot of points to lay on a team that has lost three straight. Then again ...