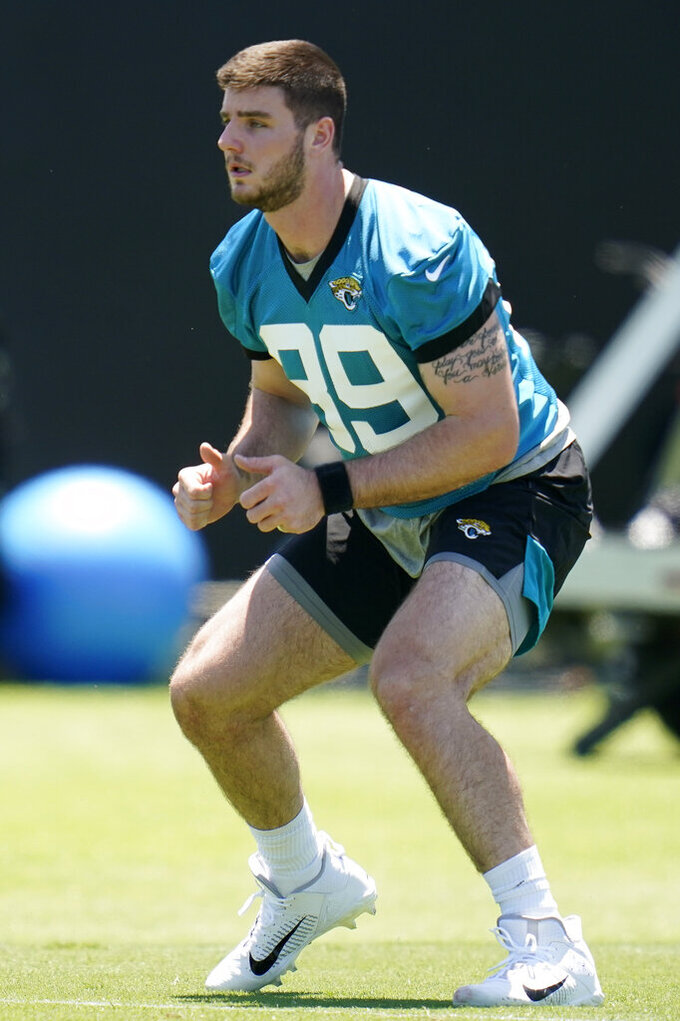 Under the NFL’s rookie slotting system, Farrell was expected to sign a four-year deal worth about $3.84 million. The contract includes a signing bonus of around $358,000. He will count roughly $750,000 against the salary cap in 2021.

The Jaguars selected Farrell in the fifth round (No. 145 overall). He played in 44 games at Ohio State, finishing his college career with 34 receptions for 380 yards and four touchdowns. He spent his first two years with the Buckeyes playing for current Jaguars coach Urban Meyer.