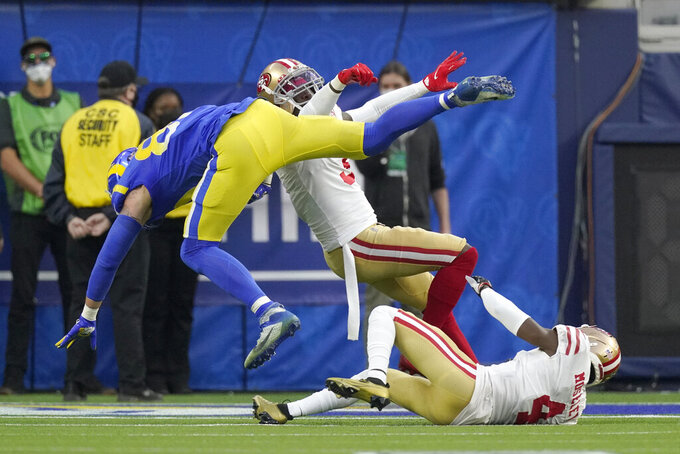 INGLEWOOD, Calif. (AP) — Los Angeles Rams tight end Tyler Higbee was ruled out for the remainder of Sunday's NFC championship game against the San Francisco 49ers with a knee injury.

Higbee, who was third on the Rams in receiving in the regular season and playoffs, had two receptions for 18 yards before suffering the injury during the first quarter.

Running back Cam Akers (shoulder) and wide receiver Van Jefferson (knee) were both injured in the second quarter but returned after halftime.

Akers gained 45 yards on 10 carries during the first half. The second-year running back missed the regular season after suffering an Achilles tendon injury before the start of training camp. He totaled 103 yards on 41 carries in postseason wins over Arizona and Tampa Bay.

Niners defensive lineman Arden Key was evaluated for a concussion.