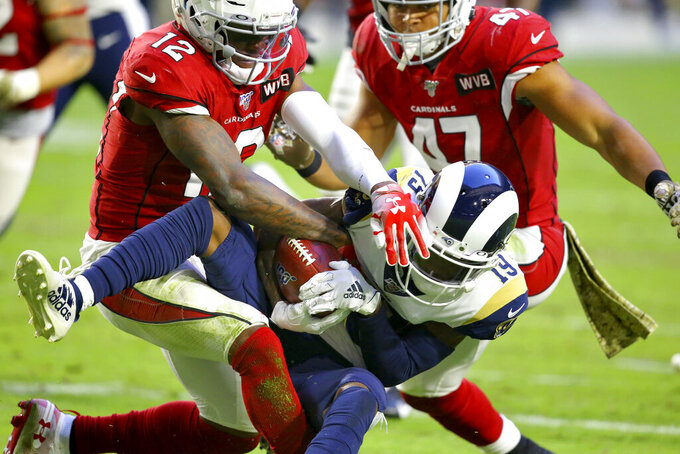 Natson is averaging 22.2 yards per kickoff return and 7.8 yards per punt return this season. He injured his hamstring last weekend at Arizona.

Rookie running back Darrell Henderson is likely to be the Rams’ top kickoff returner after doing the job for three years in college at Memphis. Receiver Nsimba Webster could be Los Angeles’ new punt returner.

Blanton is an undrafted rookie free agent out of Missouri. He is the fourth tight end on the Rams’ roster, but Gerald Everett has a knee injury that sidelined him in Arizona.