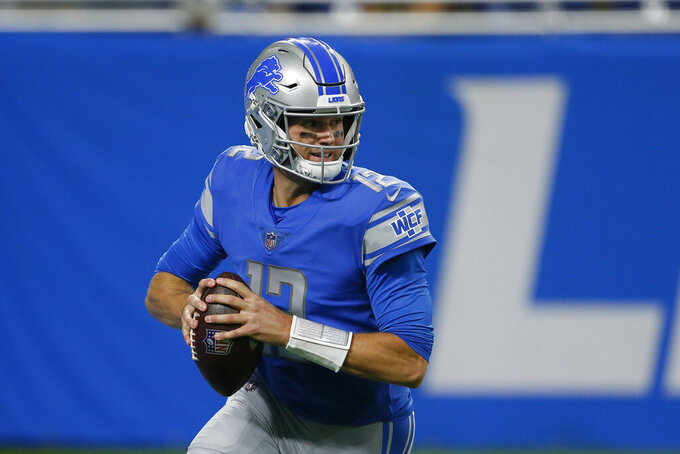 Lions coach Dan Campbell made the announcement Monday, adding the team is hopeful it was not a season-ending injury. Boyle was hurt in Friday night's loss to the Indianapolis Colts.

Detroit acquired starting quarterback Jared Goff, a pair of first-round picks and a third-rounder from the Los Angeles Rams in a trade for Matthew Stafford.

Third-year pro David Blough becomes Detroit's No. 2 quarterback, heading into a Week 1 matchup at home against the San Francisco 49ers.

Detroit signed Perriman to a $3 million, one-year contract in March. He had 30 receptions for 505 yards and three touchdowns with the New York Jets last season, his fifth in the NFL.

Baltimore drafted him out of Central Florida with the No. 26 pick overall in 2015 and he has 125 catches for 2,066 yards and 14 touchdowns with the Ravens, Cleveland, Tampa Bay and the Jets. His father, Brett, was a standout receiver for the Lions in the 1990s.