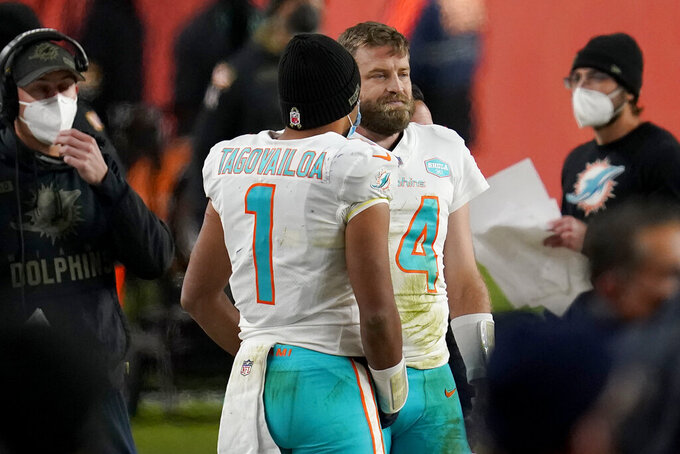 Tagovailoa hurt the thumb on his throwing hand in practice Wednesday and was limited in subsequent workouts this week. The rookie's status was downgraded Saturday, and Miami elevated quarterback Reid Sinnett from the practice squad to the active roster to reinforce depth at the position.

Fitzpatrick's most recent start came in a 24-0 win over the Jets, one of his former teams, before he was replaced in the starting lineup by Tagovailoa. Fitzpatrick came off the bench in the fourth quarter of last week’s loss at Denver when Tagovailoa struggled.