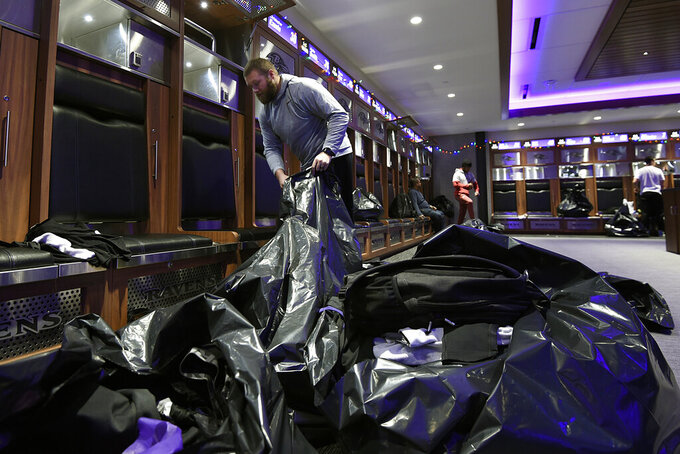 OWINGS MILLS, Md. (AP) — Baltimore Ravens offensive lineman James Hurst has been suspended for the first four games of the 2020 season for violating the NFL policy on performance enhancers.

Hurst is eligible to participate in all preseason practices and games. He will be allowed to return to his team’s active roster on the Monday following the team’s fourth game.

Signed as a rookie free agent in 2014, Hurst played in all 16 regular-season games for the Ravens last season, with two starts at left tackle. He was part of an offensive line that paved the way for an NFL-record 3,296 yards rushing in 2019.

The 28-year-old Hurst signed a four-year contract in March 2018. He didn't miss a game over his first four seasons before being inactive for six games in 2018 with a back injury.