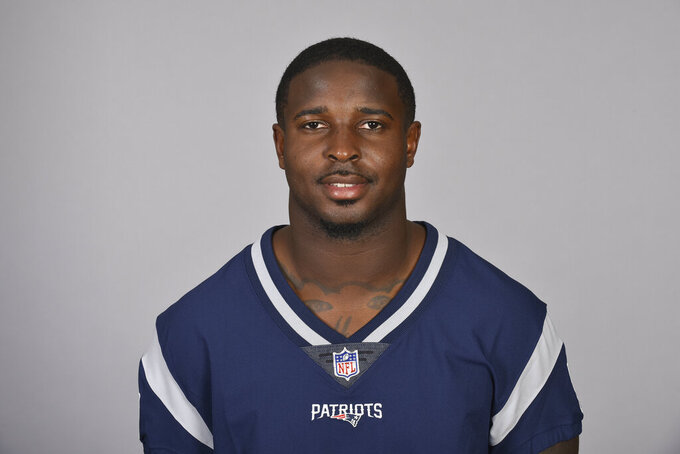 FILE - This is a 2019 file photo of Sony Michel of the New England Patriots NFL football team. Michel, who had a minor arthroscopic knee procedure in the offseason, was taken off the physically unable to perform list Saturday, July 27, 2019 as the defending Super Bowl champions practiced in full pads for the first time this camp.(AP Photo, File)

FOXBOROUGH, Mass. (AP) — Running back Sony Michel had a breakthrough rookie season for the New England Patriots, perhaps their best offensive player in the 2018 playoffs, too.

He knows that in the NFL, there's always something new ahead. For the former Georgia Bulldog, training camp is the latest wrinkle.

"Training camp plays a big part of development going into the season," said Michel, 24, who sat out most of his rookie-year camp because of injuries. "I'm thankful to be in this training camp, and I'm excited to take it day by day."

Michel, who had a minor arthroscopic knee procedure in the offseason, was taken off the physically unable to perform list Saturday as the defending Super Bowl champions practiced in full pads for the first time this camp.

"It feels good," Michel said. "I'm just working on getting stronger. There's always room for improvement. I'm out here practicing, ready to go and learning. Just trying to get better, and that's what's it's all about."

The 31st overall pick in the 2018 draft, Michel got off to a slow start in his rookie campaign, missing the opener against Houston. Despite missing three games in all, he still finished the regular season with 931 rushing yards on 209 carries, including four games with 100 or more yards.

"It was exciting to be able to do that last year," Michel told reporters, "but as you all know, it's a new season, and we're focusing on what we're trying to accomplish this year."

The Patriots bolstered their running game in the offseason by reacquiring veteran Brandon Bolden through free agency and selecting Alabama's Damien Harris with a third-round draft choice, both joining veterans James White and Rex Burkhead on the depth chart. Michel said he did not feel threatened by the addition of Harris.

"I was excited," Michel said. "It's another piece of this team that can help this team probably win football games. And that's what it's all about. It's all about building."

Practicing before an overflow crowd at their Gillette Stadium complex, the Patriots responded with a high-energy session to start what their player personnel director, Nick Caserio, called "real football."

"It's an opportunity for us to put the pads on and really establish our foundation relative to fundamentals, techniques, playing with our pads," Caserio said. "We haven't put the pads on and we haven't played football really for real in about six months, so it's a slow process. I think the temperature goes up a little bit with the players, a little bit more energy, a little more competitive spirits, which is good. Our players have always done a great job working with one another in practice like this."

Michel said he sees the start of his first full training camp as an opportunity to resume a learning process that will continue as long as he plays.

"There are so many things you can improve on, all aspects of the game," he said. "It's another year and I feel like there's more to be learned and more to build on. I know what to expect, and I'm prepared and just ready to go for it."