Receiver Allen Hurns signs for a year with hometown Dolphins 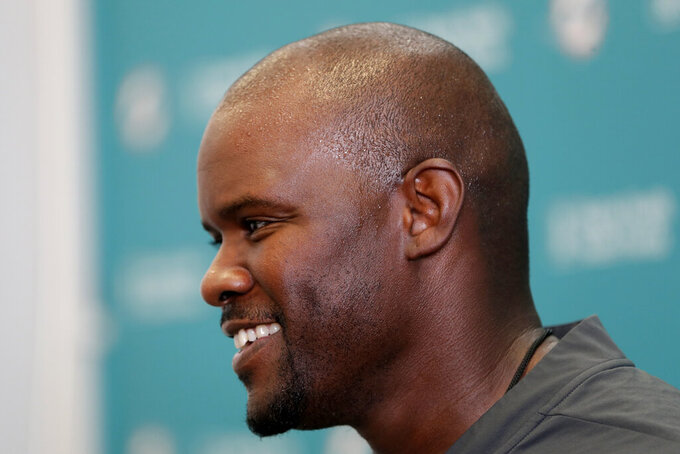 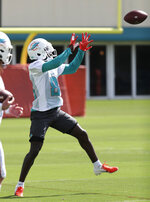 Allen Hurns, mounting a comeback from a gruesome leg injury with the Dallas Cowboys, signed a $3 million, one-year contract Friday to play for his hometown team.

The acquisition bolsters depth at a position hit hard by season-ending injuries last year. Albert Wilson hurt his hip in October and remains limited, and Jakeem Grant is returning from a lower leg injury in November that required surgery.

Wilson and Grant were in the midst of breakout seasons when hurt, but there's no assurance they'll be able to regain their stride.

"Both guys worked extremely hard over the offseason to get themselves in a position where they could come get back and help this team," first-year coach Brian Flores said. "Both are fast and explosive and have made plays in the past. The past doesn't really matter to me very much. I'm worried about today."

As with Wilson and Grant, a full recovery for Hurns isn't certain, although he said he's 100 percent. He participated in offseason practices with the Cowboys, but they released him Wednesday.

A Miami native who played for the Hurricanes, Hurns tried out with the Dolphins on Thursday and signed before Friday's practice, the second of training camp. He took part in individual drills, and said he sat out team drills only because he needs time to learn the playbook.

His return comes after he broke his left ankle when tackled in the Cowboys' wild-card playoff win over Seattle. He underwent surgery that night.

"Seeing my foot facing the other way kind of freaked me out," Hurns said. "It was disgusting to see. It made you cringe. I knew it would be a lot of work to get back, but I knew I would be able to get through it."

Grant is fully participating in practice, but Wilson was limited Thursday and sat out Friday, which was planned in advance as part of his rehabilitation.

Wilson declined to say whether the Dolphins plan for him to play in any exhibition games.

"Every exercise they give me, I've been knocking it out," he said. "I trust the plan that they've got for me. We've got a new coaching staff, so I'm just trying to wait until the day that I get on the field and show them how talented I am."

The high point for the speedy, versatile Wilson last season came in a Week 3 win over Oakland, when he scored on a 74-yard jet sweep and threw a 52-yard touchdown pass to Grant. In seven games Wilson averaged 12.9 yards after the catch, which ranked second in the NFL. Grant, meanwhile, returned a kickoff and a punt for touchdowns, and achieved career highs with 21 catches for 268 yards in 10 games.

Hurns' career, by contrast, went the other way role after Dallas' midseason trade for Amari Cooper. Hurns finished with career lows of 20 catches for 295 yards with two touchdowns.

Originally signed as an undrafted free agent by Jacksonville in 2014, Hurns spent four years with the Jaguars. His best season came in 2015 when he had 1,031 yards receiving and 10 touchdowns.

"He embodies a lot of the characteristics we're looking for," Flores said. "He's tough, he's competitive, he has been reliable."

The receiving corps is the Dolphins' deepest position on offense if everyone's healthy. The group also includes Kenny Stills and the injury-prone DeVante Parker.