Steelers' DB Haden out vs. Bengals; Ebron heads to IR 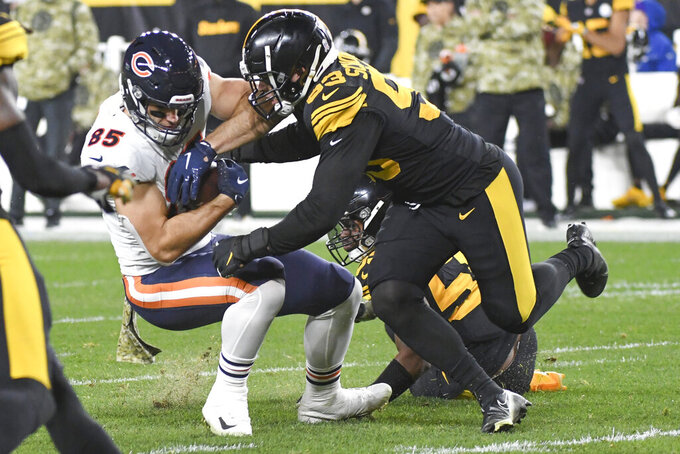 The team ruled Haden out on Saturday. The club had listed Haden as questionable on Friday.

Haden got hurt during a 16-16 tie with the Detroit Lions on Nov. 14 and did not play during last weekend's loss at the Los Angeles Chargers.

The Steelers also placed tight end Eric Ebron and offensive lineman J.C. Hassenauer on injured reserve after both were hurt against the Chargers. Ebron is dealing with a knee injury while Hassenauer has a pectoral issue.

Archibong played last week against the Chargers. This will be Miller's first appearance for the Steelers, who signed the 2018 second-round pick by the Chicago Bears in October. Miller has 139 receptions for 1,587 yards and 12 touchdowns during his career.