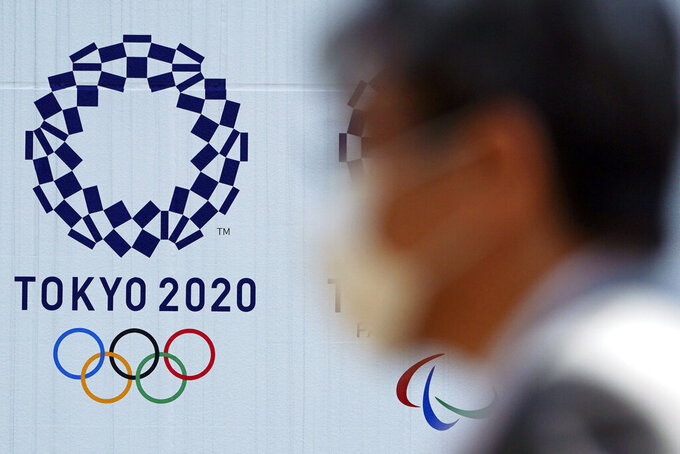 A study of the worldwide Olympic bureaucracy's finances concludes there's far more money available for athletes than what they receive, and that they would be best served by the sort of collective-bargaining arrangement that's common in pro leagues.

The study, a collaboration between the Global Athlete advocacy group and the Ryerson University Ted Rogers School of Management in Toronto, said the IOC — the largest and most integral cog in the Olympic system — averages $1.4 billion a year in revenue and spends 4.1% of it on athletes.

Even since the Olympics departed from the amateur-only model on which it was founded, the majority of athletes have been largely dependent on their own sports organizations and national Olympic committees for funding. Lucrative sponsorship deals exist for only a small percentage of top-tier Olympians.

At the same time, the study says, because the IOC receives most of its revenue (91%) from TV and marketing and virtually nothing from donations, its model is more in sync with the NFL, NBA and other pro leagues than the family of nonprofit organizations it is part of.

The study says those pro leagues return between 40% and 60% of their revenues to the players, while the Olympic movement gives back 4.1%, the bulk of which “is mostly through scholarships, grants and awards for successful competition, numbers which athletes cannot negotiate.”

“If the IOC and its affiliates are unwilling or unable to compensate its athletes, collective bargaining will change the face of the Olympic Movement,” the report concluded, while also underscoring athletes' chance to grab a central role in reshaping the movement in the wake of the coronavirus pandemic that has delayed the Tokyo Games by a year.

The IOC called the claim that it spends 4.1% of of its revenue on athletes “just plain wrong.”

“It redistributes 90% of all its income generated from the Olympic Games to assist athletes and develop sport worldwide,” the IOC said. “As a result, every day the IOC distributes about $3.4 million around the world to help athletes and sporting organizations.”

As detailed in its annual report, among the areas the IOC sends money to are international sports federations, national Olympic committees and the World Anti-Doping Agency.

The IOC also sends about 28% of its budget to local organizing committees for the Olympics; in 2016 and 2018, that amounted to $1.7 billion, the study said. Without the Olympics there would be no grand stage on which the athletes could perform. That has long been an IOC argument in defending its overall model, as well as Rule 40, which limits the amount of sponsorship-related revenue athletes can generate during the games themselves.

Over recent months, the IOC has allowed countries to relax some of those restrictions, but the study argues athletes would be much better off if Rule 40 was abolished altogether and replaced by collective bargaining.

The study outlined a complex web of Olympic finance and bureaucracy that it says is outdated. It describes a system in which the vast majority of money flows in from broadcasters and sponsors, then filters through hundreds of Olympic-related subsidiaries across the globe before, eventually, a small amount gets to the athletes themselves.

“If the IOC is truly against the commercial abuse of athletes, it will find a way to pay its athletes back,” the report concluded. “If not, it will be up to the athletes themselves.”