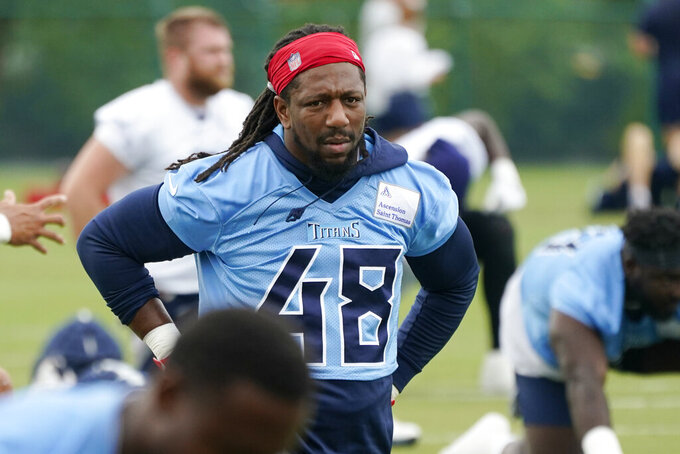 NASHVILLE, Tenn. (AP) — Tennessee Titans outside linebacker Bud Dupree pleaded guilty on Monday to a misdemeanor assault charge stemming from an altercation in a Nashville drugstore.

Dupree was sentenced to 6 months of supervised probation, according to the judgement filed Monday.

Police said Dupree grabbed a Walgreens employee and the man's phone after the employee had argued with some shoppers on the evening of Jan. 2.

Dupree initially was charged with assault, fear of bodily injury, which is a class A misdemeanor. He plead guilty to the lesser charge of assault, offensive or provocative contact, a class B misdemeanor.

The 6-foot-4, 269-pound linebacker was the Titans’ top free agent signee last year, getting a five-year deal worth $82.5 million. The Titans had no comment on Monday.