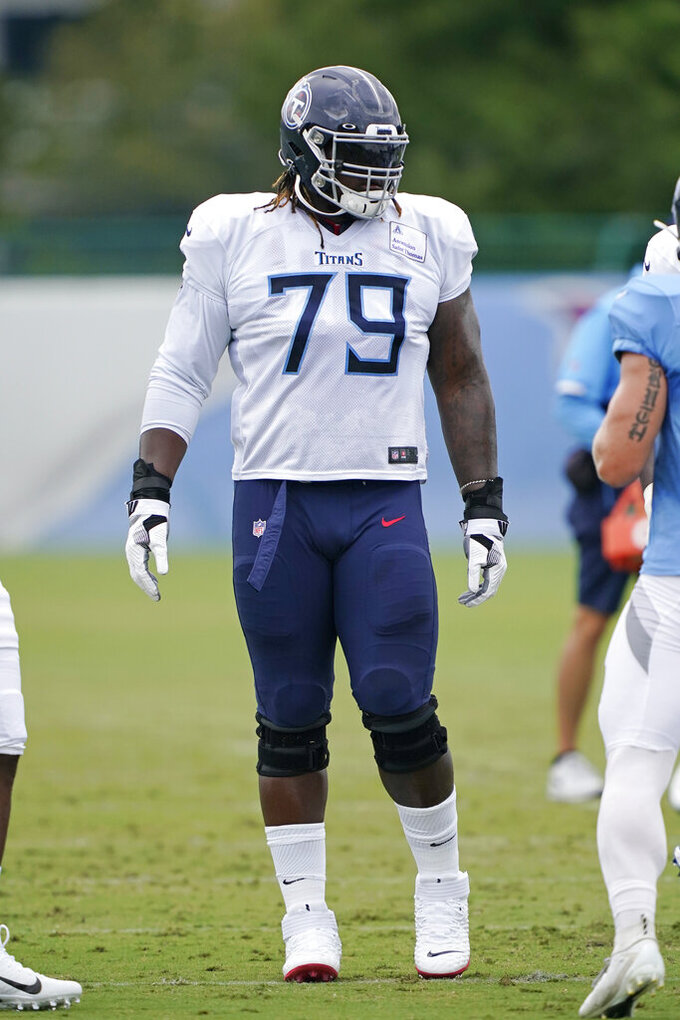 NASHVILLE, Tenn. (AP) — Titans rookie Isaiah Wilson has been arrested and charged with drunken driving after he was spotted doing “donuts” in an intersection before crashing into a concrete wall.

Wilson was arrested Friday night and booked into the Davidson County Jail before being released on a DUI charge early Saturday morning. According to the arrest affidavit, Wilson told the officer he was having issues with a back tire, which caused the crash.

The offensive lineman also said he had two margaritas before driving. He struggled with the field sobriety tests before registering 0.107 on the final breath analyzer test. The legal blood alcohol limit in Tennessee is 0.08.

The Titans open the season Monday night at Denver. The No. 29 pick overall in April out of Georgia currently is on the reserve-COVID list for the second time. He started training camp on the list before being removed Aug. 3 and was placed on the list again on Sept. 6.

“We are aware of the situation,” the Titans said in a statement Saturday. “This is not conduct that is indicative of the character of our football team and we are working through details on how to proceed.”

The arrest was first reported by AtoZSportsNashville.com.

A player on the reserve-COVID list either tested positive for COVID-19 or is quarantined after being in close contact with someone who has the virus. The player must meet the protocol before teams address his status on the roster, meaning players’ time on this reserve list may vary.

This is Wilson's second encounter with police. Tennessee State University police responded to the smell of marijuana at an off-campus apartment on Aug. 15 and wrote that the player went to the second-floor balcony where he appeared to briefly consider jumping.