Vikings TE Rudolph: 'These guys expect to see me out here' 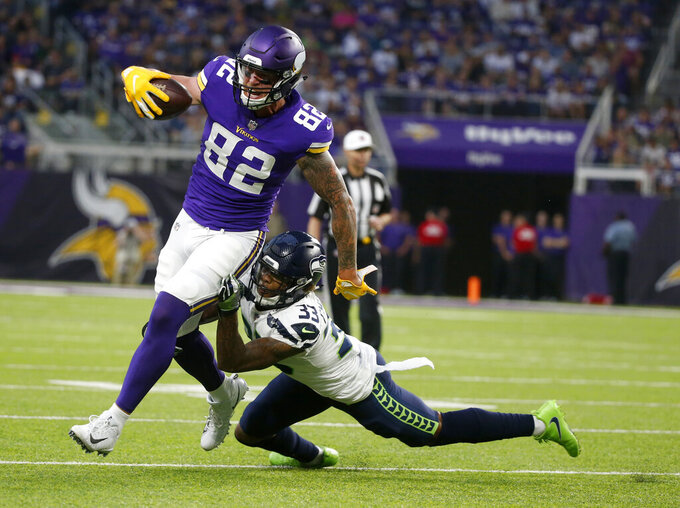 FILE - In this Friday, Aug. 24, 2018 file photo, Minnesota Vikings tight end Kyle Rudolph (82) runs from Seattle Seahawks defensive back Tedric Thompson after making a reception during the first half of an NFL preseason football game in Minneapolis. Just because the Minnesota Vikings drafted a tight end, Irv Smith Jr., in the second round doesn't mean they're going to cut or trade veteran Kyle Rudolph. There's room for both of them in the offense, as long as the Vikings can make space under the salary cap. (AP Photo/Bruce Kluckhohn, File) 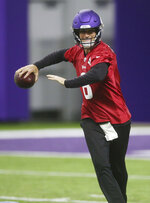 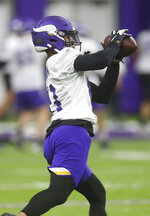 EAGAN, Minn. (AP) — As a ninth-year veteran on an expiring contract with a team in a tight salary cap situation, tight end Kyle Rudolph has no guarantee he'll get to continue his career with the Minnesota Vikings.

That so-far-unfulfilled desire for clarity on his football future has not stopped him from making spring workouts a priority.

"I could have easily skipped optional practice, but that's not what a leader of this team does. These guys expect to see me out here each and every day, and I'm going to do that," Rudolph said, later adding: "I don't know what kind of example it would set if I said I wanted to be here, and I wasn't here."

Carrying a $7.625 million charge against the cap, Rudolph has declined to take an outright pay cut. He confirmed Wednesday that the Vikings have offered him a five-year extension that would reduce his 2019 salary in exchange for a longer-term deal, but his agent, Brian Murphy, and Vikings chief negotiator Rob Brzezinski have not reached an agreement to date.

If there's a stalemate, Rudolph would be in danger of being traded or released. Such a move would not cost the team any dead money against the cap, but Rudolph said he didn't anticipate the situation lingering until training camp.

"They're working extremely hard to get something done, and with that being said there's plenty of other teams that are interested as well," Rudolph said.

To sign rookie center Garrett Bradbury, their first-round draft pick from North Carolina State, the Vikings had to restructure the contract of linebacker Eric Kendricks earlier this month.

"We're in a tough situation. Everybody knows that," said Rudolph, a two-time Pro Bowl pick who was drafted by the Vikings in the second round in 2011.

Rudolph was in New York over the weekend to receive an award for community service. He took a 6 a.m. flight on Tuesday for Minneapolis so he could arrive at the facility in time to be on the field for the first organized team practice of the spring.

"I get to play a game for a living," Rudolph said, later adding: "The business side will take care of itself. I don't have to worry about that."

Coincidentally or not, the Vikings drafted tight end Irv Smith Jr. in the second round out of Alabama last month. But as long as they can find cap space for Rudolph they'll certainly find room in the offense for both players in an attempt to give quarterback Kirk Cousins more viable options in the passing game.

"It's exciting. It's an element that we've never had here in my nine years," Rudolph said. "It forces defenses to play with three linebackers, and that allows us to control the game."

Said Cousins: "Kyle has done so many good things for so long, so to have him out there is a great sense of comfort. Then you add Irv's youth and athleticism, that's a great plus. No matter how you cut it, you've got five players who are eligible, and you want to get the best five."