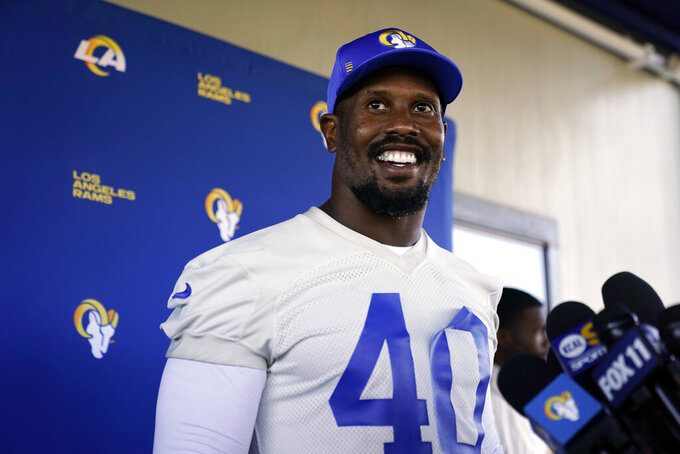 INGLEWOOD, Calif. (AP) — Linebacker Von Miller will not make his debut for the Los Angeles Rams against the Tennessee Titans on Sunday night.

Miller is inactive with an injured ankle, the Rams announced 90 minutes before kickoff in the meeting of conference leaders at SoFi Stadium.

Los Angeles (7-1) acquired Miller from Denver this past week for two high draft picks, but the eight-time Pro Bowl selection missed the Broncos' game last week with the same ankle injury. Although Miller participated in parts of practice during the week, the Rams apparently didn't want to hurry the Super Bowl 50 MVP into uniform alongside Aaron Donald and Leonard Floyd.

Former Rams receiver Josh Reynolds was inactive for the Titans (6-2). Reynolds set career highs with 52 catches for 618 yards last season before leaving Los Angeles in free agency, but he has been inactive for four of Tennessee's nine games.

Linebacker Rashaan Evans also missed his second straight game for Tennessee with an ankle injury. He was ruled out on Friday.