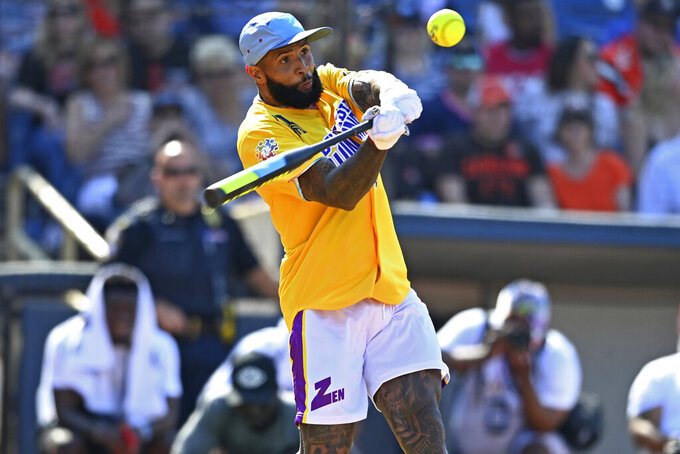 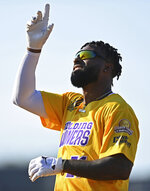 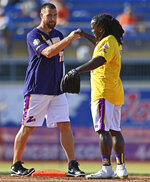 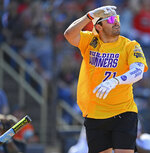 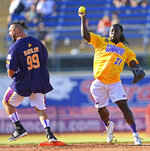 He wasn't taking any chances.

More than 7,000 fans, including some die-hards who showed up eight hours before the gates opened to tailgate in the parking lot, packed Classic Park, home of the minor league Lake County Captains, to cheer for some of their favorite NFL stars.

It's only June, but Browns fans are in mid-season form.

After Cleveland ended its nearly two-decade-long playoff drought last season, beat Pittsburgh in the wild-card round and made several big free-agent signings this winter, expectations are higher than they've been in years for the Browns.

“Why not?” Landry said. "It’s something that people always say you should not talk about, but nobody trains or nobody does what they do to not be a champion. So that’s the standard. Yeah, we haven’t made it there yet. But every team (has) drafted teams to be a championship team.

“They signed free agents to be a championship team. So why not talk about it? It’s real. It’s sick to be humble about what everybody is actually chasing.”

If the Browns plan to make the Super Bowl, they'll probably have to go through Kansas City to get there.

Led by superstar quarterback Patrick Mahomes, the Chiefs are two-time defending AFC champions. They ended Cleveland's season with a playoff win at Arrowhead Stadium in January before losing to Tampa Bay in the Super Bowl.

Kelce has watched the Browns upgrade their roster over the past few months. And while he's not ready to call them a rival, he's seen enough to consider them a threat.

“I would say they’re definitely a contender, without a doubt,” he said. “It’s definitely there. Baker and the gang have upped the ante, made this team an unbelievable team and a team you have to prepare for and take serious. I think that moving forward without a doubt I can see a lot more playoff games between us.

“I think the Browns and Chiefs are definitely neck and neck for sure.”

The league seems to think so as well, and scheduled the Browns' opener season against the Chiefs in Kansas City on Sept. 12.

“Oh, man. It’s going to be so much fun,” he said. "I’m just excited to get back out there and play. The season ended for myself on a sour note and I just want to go back out there and start winning football games again and getting back to playing the game that we know how.

“And what better way than to start off against my hometown team, right? The team that I’ve watched since I was a little kid and I cheered for for my entire life.”

Before speaking to the media, Kelce spent a few minutes chatting with former Browns quarterback Bernie Kosar, one of his boyhood idols.

There's no questioning Kelce's loyalty to the Chiefs, but he admits its great to see Cleveland football be relevant again.

“I love it, man,” he said. "I’ve always had a special spot in my heart for the Browns. It’s an awesome atmosphere, the sports town is like none other. Whether people want to believe it or not, I bleed everything in 216.

“I know in my heart I’ve always got a little bit more to play for when I play Cleveland.”