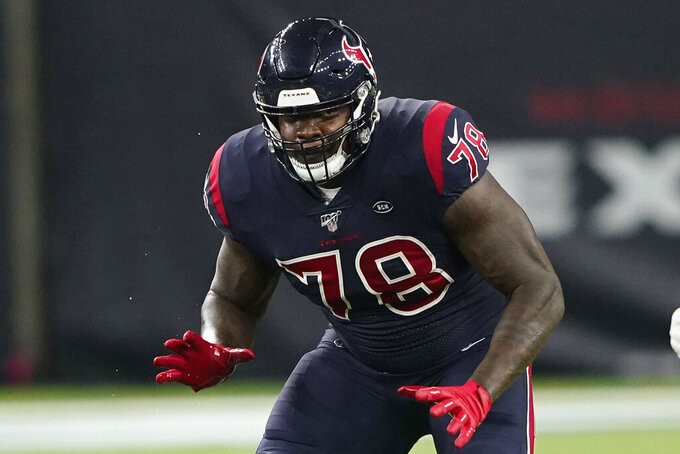 Tunsil had one year left on his contract that will pay him $10.35 million this season. The deal, which he negotiated without an agent, but with the help of advisors, makes him the highest-paid offensive tackle in the NFL.

The Texans acquired Tunsil and receiver Kenny Stills in a trade with Miami in August, shipping this year’s first-round pick and their picks in the first and second rounds in 2021 to the Dolphins. Tunsil's presence immediately improved an offensive line that allowed an NFL-leading 62 sacks in 2018.

“Whether we did the contract during the trade or we did it post-trade, we knew that Laremy Tunsil was going to get paid," coach/general manager Bill O'Brien said Friday. “Because we feel like he is the top left tackle in the National Football League. So we went ahead and we made that trade to make our team better."

“We had a good year with Laremy, there's a lot of things he's going to be more comfortable with within our offense this year," O'Brien said. “He's going to be a better player this year, and he played very well for us (last year)."

Tunsil was the 13th overall pick in the 2016 draft and spent his first three seasons with the Dolphins before being traded to the Texans.