No football talk as Titans safety sticks to racial injustice 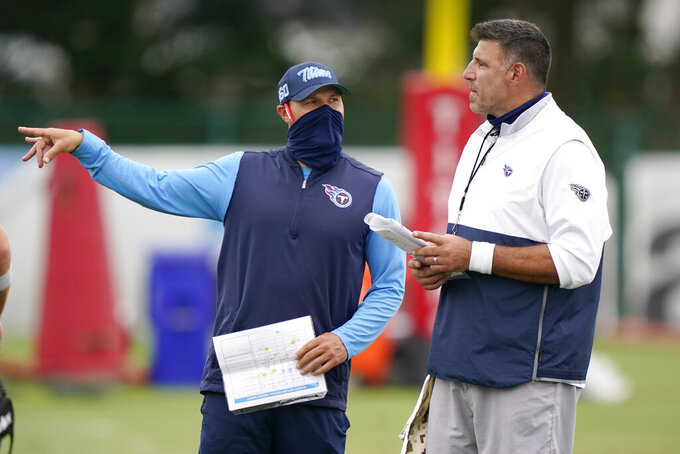 NASHVILLE, Tenn. (AP) — Titans safety Kenny Vaccaro made clear he won't let the fight against racial injustice recede from the conversation even as Tennessee returned to practice Friday.

And he won't be talking about football the rest of this season.

“I know for me, the next step is just taking action, getting in the communities, being a shining light and an example,” Vaccaro said. “Not just a hashtag. Not just a black square that everybody in the world posted on Instagram and thought that meant something. Not making this a movement, but making it a lifestyle.”

The Titans were among nine NFL teams that canceled practices Thursday, and they agreed to work on voting, talking with elected officials and connecting with students across Middle Tennessee.

Asked if sitting out a regular-season game has been discussed, Vaccaro said the Titans haven't planned that far ahead. Tennessee opens the season Sept. 14 at Denver.

“We’re taking this thing day by day,” Vaccaro said. “It’s a new experience, we don’t want to rush anything, we don’t want to make any emotional decisions. I think this is a daily thing and right now we haven’t talked about that.”

The No. 15 pick overall draft pick in 2013, the seven-year veteran said he is half Black and half white, and his sons Kendon and KV have Black and white cousins. Vaccaro also has talked with safety Kevin Byard about how children look up to athletes as heroes with few Martin Luther King Jrs. or Malcolm Xs around now.

“People can say, ‘Shut up and dribble,’ or ‘Stick to sports,’ but at the same time, enough is enough,” Vaccaro said.

Vaccaro said he came into the NFL with wide receiver Kenny Stills as teammates in New Orleans. Stills has been very active p rotesting racial inequality and other issues since 2016, when Colin Kaepernick started player protests by taking a knee during the national anthem.

The veteran safety isn't scared of any backlash for protests. Vaccaro said he worries about his family when he's on the road for a game or working. He doesn't want his sons being treated differently for a stand he's taking.

“We have a platform, and we should use that to help people understand what is right from wrong,” Vaccaro said.

Coach Mike Vrabel said it probably took a little bit of time to get going Friday when the Titans returned to the field for the first time since Tuesday. He said everyone will be dealing with issues and this provided a lesson on how to focus when it's time for work as professionals.

Any statement made from canceling practice was simple.

“It’s going to be about what we can continue to do to help bring equality and everything that we can possibly touch,” Vrabel said.