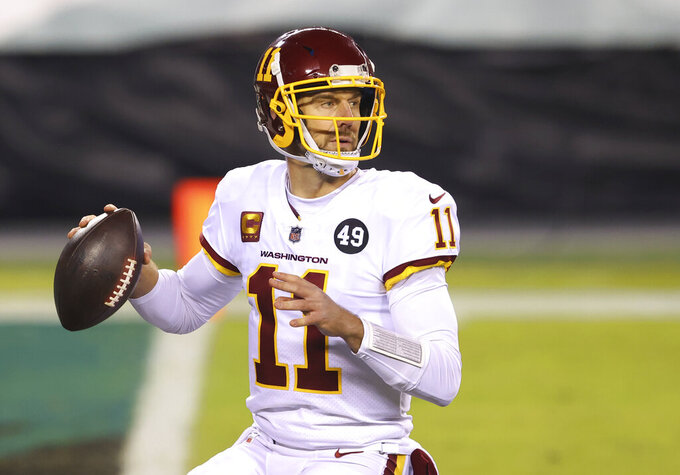 Smith, who came back from a life-threatening leg injury and ended a nearly two-year absence by playing in eight games for Washington last season, is the second consecutive Halas winner to retire before being honored.

Former Dallas Cowboys center Travis Frederick was the 2020 winner after making the Pro Bowl in 2019 following a year away to recover from an autoimmune disease that attacks the nervous system. Frederick retired after the 2019 season.

The 37-year-old Smith is the 53rd Halas winner and third from Washington, following quarterback Billy Kilmer (1976) and defensive back Pat Fischer (1978).

The Halas Award is given to an NFL player, coach or staff member who overcomes adversity to succeed. The award is named for a charter member (1963) of the Pro Football Hall of Fame who had a role with the formation of the NFL and owned the Chicago Bears until his death in 1983.

Smith started six of the eight games he played for Washington last season, going 5-1 and helping the club win the NFC East. Smith missed a wild-card loss to Tampa Bay with a calf strain. He retired in April after being released.

The first appearance by Smith last season came off the bench on Oct. 11, about 23 months since a spinal fracture in his right leg resulted in a life-threatening infection. Smith had 17 surgeries over nine months to save and repair the leg.

“Two years ago, I was stuck in a wheelchair, staring down at my mangled leg, wondering if I’d ever be able to go on a walk with my wife again or play games with my kids in the yard,” Smith said in his retirement video.

“Putting my helmet back on was the farthest thing from my mind. … But then, someone did something that changed my recovery completely. He put a football back in my hands. I don’t know what it was, but all of a sudden, I felt stronger, more driven, and what once seemed impossible began to come into focus.”