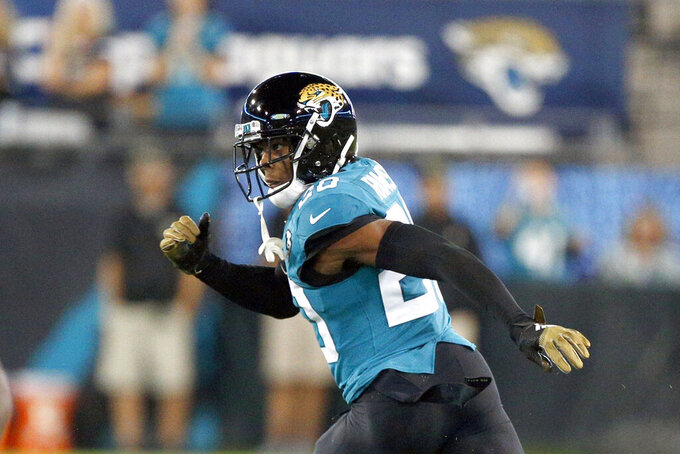 Ramsey, who has requested a trade two weeks ago, flew with the team to Denver on Saturday after returning from his hometown — Nashville, Tennessee.

Ramsey remains questionable to play against the Broncos (0-3) because of a back injury that kept him out of practice earlier in the week. Ramsey hasn't missed a game or a start in four NFL seasons.

The Jaguars (1-2) expect Ramsey to test his back in pregame warmups before a decision is made about his availability against Denver.

If Ramsey doesn't play, second-year pro Tre Herndon would replace him in the starting lineup.

Also Saturday, the team added tight end Geoff Swaim (illness) to the injury report and listed him as questionable.