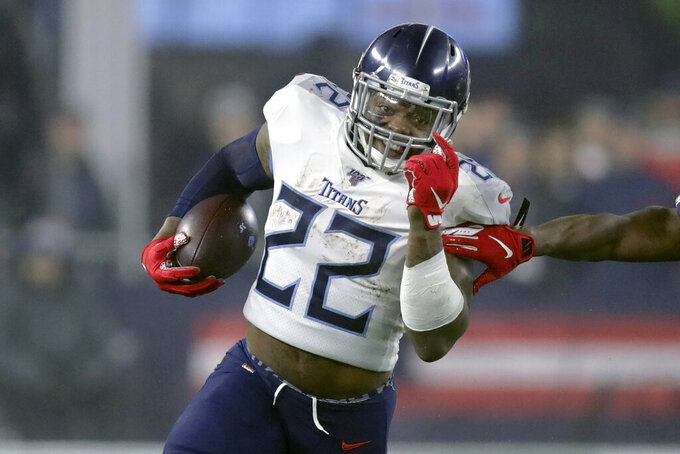 FILE - In this Saturday, Jan 4, 2020, file photo, Tennessee Titans running back Derrick Henry runs against the New England Patriots in the first half of an NFL wild-card playoff football game, in Foxborough, Mass. The Titans face a deadline Wednesday afternoon, July 15, 2020, of reaching an extension with NFL rushing leader Derrick Henry or let him play this season under the franchise tag he signed in April. (AP Photo/Charles Krupa, File)

NASHVILLE, Tenn. (AP) — The Tennessee Titans have agreed to a new contract with Derrick Henry, keeping the NFL rushing leader around and not playing under the franchise tag before the league deadline for an extension.

The team announced the deal, saying only that it was a “multi-year extension.” Henry reportedly received a four-year deal for $50 million with $25.5 million guaranteed, according to ESPN.com.

The Titans faced a deadline of 4 p.m. EDT Wednesday to sign Henry to an extension or let him play this season for the $10.2 million due under the franchise tag he signed April 2. They could have tagged him again for 2021 for 120 percent of his pay this season.

General manager Jon Robinson has said for months that he wanted to keep Henry on the roster past this season with a longer contract.