49ers, Chiefs go through final full practices with no issues 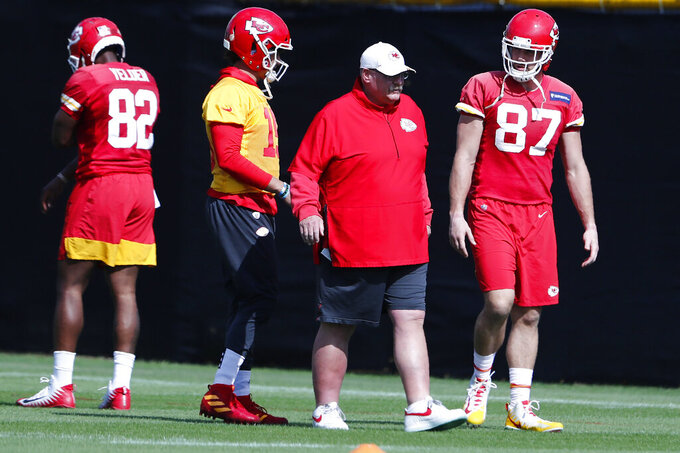 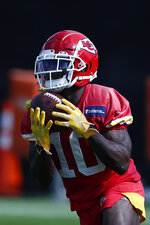 DAVIE, Fla. (AP) — There was no significant news out of the San Francisco 49ers and Kansas City Chiefs as they held spirited practices under sunny skies Thursday in one of their final workouts before squaring off in the Super Bowl.

This week more than any other, no news is good news.

The 49ers went through a nearly two-hour workout at the University of Miami's practice facility, where linebacker Kwon Alexander, running back Tevin Coleman and safety Jaquiski Tartt were the only limited players. Alexander has been dealing with a pectoral injury, while Coleman is returning from a shoulder injury and Tartt is dealing with sore ribs.

“No change,” 49ers coach Kyle Shanahan said. “They're going to be good to go.”

With hip-hop and rap music blaring from sideline speakers — the perfect soundtrack to a practice in Miami — the Niners wore helmets and shells as they focused on nickel installations while reviewing first- and second-down plays. San Francisco often practices in pads on Thursdays of game week, but Shanahan decided against it after a padded practice at home last week.

“I don’t think they need the pads,” Shanahan said. “I’m trying to make sure we get into the game healthy.”

After the Fox broadcast crew led by Joe Buck and Troy Aikman took in the Chiefs' practice Wednesday, it was their turn with San Francisco. The crew wound up watching what Shanahan plans to be the last full-speed session of the week with only a walk-through planned for Friday and final preparations on the docket for Saturday.

“I told them we are getting toward the end here,” Shanahan said. “Most of the physical work’s put in, but we have to rest our minds and our bodies so we are ready to go on Sunday.”

Meanwhile, the Chiefs also wore helmets and shells Thursday as they worked on goal-line, short-yardage and nickel packages while reviewing first and second downs at the Miami Dolphins' practice facility at Nova Southeastern University.

“Guys got good work in and played fast,” Chiefs coach Andy Reid said. “It was a great day here. The team is doing good, and they have good energy.”

The four players on the injury report remained defensive tackle Chris Jones with a sore calf, tight end Travis Kelce with a bothersome knee, center Austin Reiter with a sore wrist and backup tight end Deon Yelder with a sore Achilles tendon. But all four were full participants in the workout, which lasted about two hours during the early afternoon heat.

On Friday, the Chiefs plan to work on red-zone plays and review the full game plan one more time. But before breaking on Thursday, Reid had his former Eagles quarterback Donovan McNabb address the team.

“He's been there and done it,” Reid said. “He's been in the league, played a long time. It was good hearing from him.”