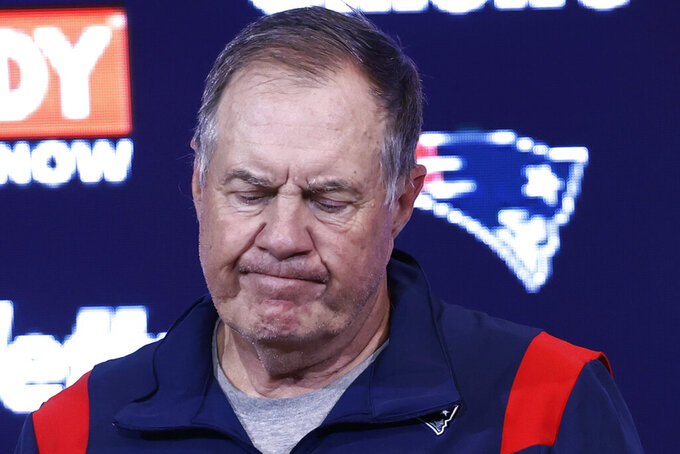 FOXBOROUGH, Mass (AP) — Tom Brady actually had something to do with building a dynasty in New England, Patriots coach Bill Belichick confirmed Friday, dousing one potential beef with the quarterback who let the team to six Super Bowl championships.

Asked by a reporter if he would have had the same success without Tom Brady, Belichick said, “Of course not.”

That Belichick was even asked was a tribute to his obstinacy and his well-worn refusal to give simple and obvious answers to simple and obvious questions, routinely brushing them aside with non-responsive filibusters such as, “We're on to Cincinnati.”

The Belichick-Brady rift has dominated NFL headlines this week as the quarterback returns to New England with the Buccaneers to play against the Patriots for the first time in his career.

Both sides are reportedly testy over who deserves more credit for the Patriots success, a question that seemed to tilt toward Brady when he led Tampa Bay to a Super Bowl victory last year in his first season away from Belichick's tutelage. (The Patriots went 7-9 without Brady).

On Friday, Belichick did not hesitate to share the credit.

“We’ve talked about that for two decades,” the coach said. “I think I've been on the record dozens of time saying there's no quarterback I'd rather have than Tom Brady. I still feel that way. I was very lucky to have Tom as the quarterback, and to coach him. He was as good as any coach could ever ask for.”