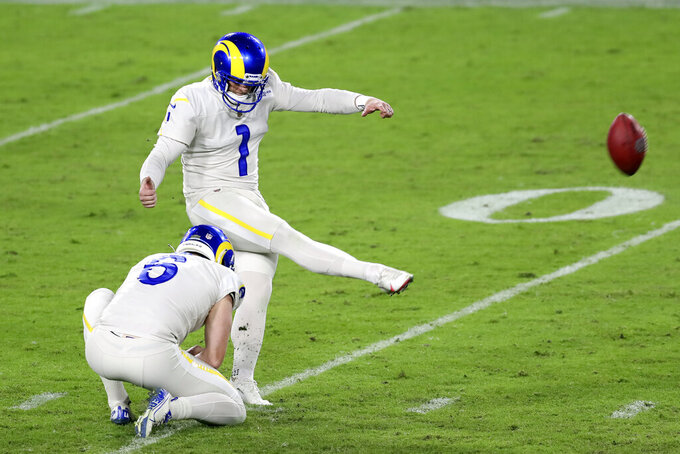 Gay was pronounced ready to play for the Rams (8-4) despite being questionable with a shoulder injury. Gay could be seen going through an extensive pregame workout.

Jackson is second in the NFL with seven interceptions this season, but he had injuries to his hip and knee this week during the Patriots’ practice at UCLA.

Asiasi, who played at nearby UCLA, had been on injured reserve since Nov. 3, while Izzo had started every game this season.

Gay popped up on the Rams’ injury report only Wednesday, and it wasn’t clear whether he had hurt his shoulder during practice or while attempting to make a tackle last weekend in Arizona.

MacGinnis would have been the fourth kicker in the past seven games for a franchise that had one regular kicker in the previous eight seasons, adding even more drama to a mediocre year on special teams for the Rams.