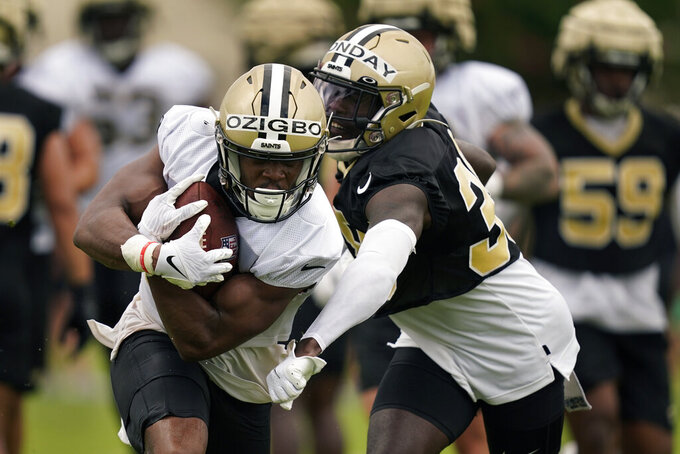 Monday, an Atlanta native who played four seasons for Auburn, was hurt at practice Tuesday. A day later, coach Dennis Allen described the injury as “significant.” In a social media post, Monday said he will have surgery to repair a torn anterior cruciate ligament.

“I’m doing great and in good spirits. ... I’m planning to use this time to get healthier and continue to learn the system inside out," Monday said on Instagram.

Alonso, who played for New Orleans in 2019, has played six seasons in the NFL since Buffalo made him a second-round draft choice in 2013. But he has had three ACL tears, in 2014, 2015 and during the Saints' playoff loss to Minnesota after the 2019 season.

Alonso, who also spent one season with Philadelphia and three with Miami, has not played in an NFL game since his last ACL tear. Now the Saints are giving him another chance to make the club at age 33.

“What drew us to him is we have some familiarity with the player,” Allen said. “He did a nice job on his workout. He was in shape. He looked good. And when he's been healthy he's been a productive player in our league.”