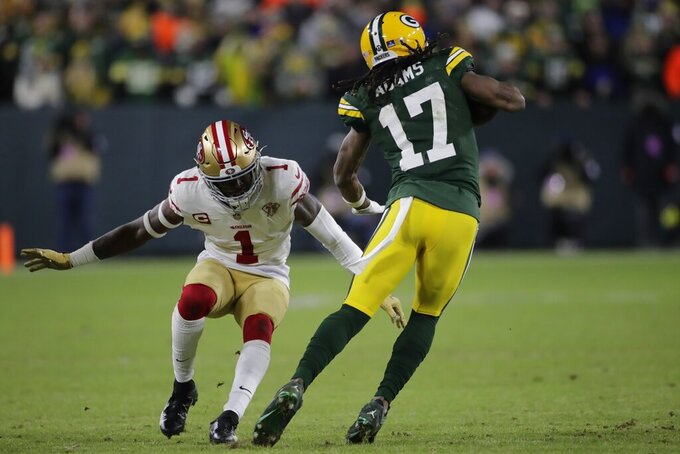 Even after the Super Bowl, pro football doesn't fade from view. Next up is the scouting combine in two weeks, followed by free agency in mid-March and key owners' meetings at the end of that month. Then the draft in late April, this year in Las Vegas, where even the fountains at Bellagio will play a role.

Follow that with OTAs and minicamps, and before Rams fans have exhausted their celebrations of winning the Lombardi Trophy, training camps are opening.

All of that drawing the kind of attention every other sport envies.

“If you look what’s happening to ratings around the league, more and more people are watching NFL football because of the quality of the game,” Commissioner Roger Goodell said last week. "We’ve had extraordinary games this year with an extraordinary season, and that content is even more valuable.

“So to me, it’s really focusing on how do we share our game with more people and build that; the revenue follows that, that’s not the driver. What’s the driver is how do we get more fans? And how do we engage them more with the opportunities that we have?”

Possibly the most headline-grabbing topic will be former Miami Dolphins coach Brian Flores' lawsuit against the NFL and its teams. The league has no choice but to investigate Flores' allegations of racism and being offered money to tank games by Dolphins owner Stephen Ross. The far-reaching implications here could and should overshadow any other news in the offseason.

“Integrity of the game is obviously an important element, just as making sure we have the right culture in our organizations, across the league and at clubs,” Goodell said. “But we are going to look into that and we will make sure that if there were violations that they won’t be tolerated.”

Recent statements to Congress by people claiming the Washington team, newly named Commanders, had a culture rife with inappropriate behavior and mistreatment, has reinvigorated demands for change at owner Dan Snyder's franchise. The league will continue to be pressured to reveal specific information from investigations of the team.

A full-fledged combine is planned for Indianapolis as the league relies on its pandemic protocols that seemed to work well in 2021. Teams have been warned that they could lose a draft pick and face significant fines if club representatives conduct themselves unprofessionally in interviews with draft prospects. That includes asking inappropriate questions.

"All clubs should ensure that prospective draft picks are afforded a respectful and professional NFL environment — one that is consistent with state and federal law and our shared commitment to respect, diversity and inclusion,” the NFL told the 32 clubs in January.

Will it be wild? Is Patrick Mahomes fun to watch?

And no, the Chiefs quarterback won't be taking part in free agency for the rest of this decade. But there always are plenty of big names (and huge money) involved when the “legal tampering” period begins March 14. Signings can become official on March 16.

In late March, owners will consider several issues, notably whether to make rules changes for special teams given data showing kick plays are the game's most dangerous.

Updates and moderations to the Rooney Rule, which requires teams to interview minority candidates for leadership positions but has been criticized as inadequate, are possible. There also could be changes to some media rights, most significantly the Sunday Ticket deal that is up for bids after next season.

WHAT HAPPENS IN VEGAS ...

Won't stay in Vegas. The draft is there, and fans from 32 franchises will be entranced by whatever their team does. Given the locale, many of those fans could be on The Strip for the proceedings as Sin City attempts to match or surpass what Nashville achieved in 2019.

With no college quarterbacks jumping to the front of the line — at least not yet — intrigue about what Jacksonville will do with the first pick again will be high. There was no chance the Jaguars would trade out of getting Clemson QB Trevor Lawrence last year. This time, who knows?

By Dennis Waszak Jr. 13 minutes ago
an hour ago
2 hrs ago
By Joe Reedy 12 hrs ago
By Arnie Stapleton 14 hrs ago