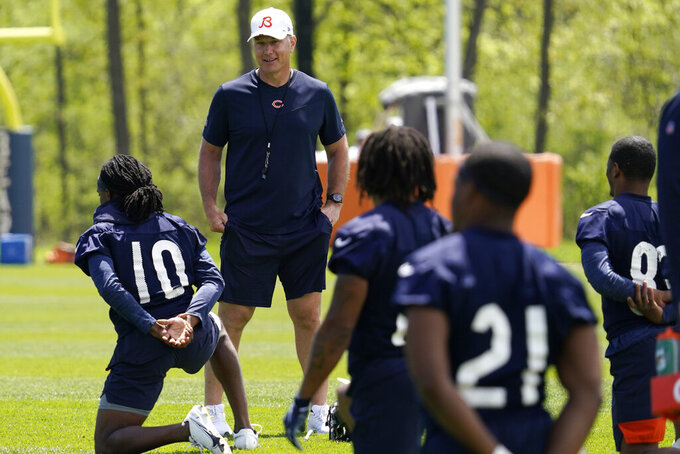 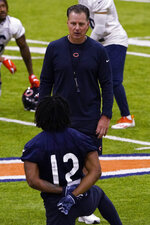 LAKE FOREST, Ill. (AP) — The Chicago Bears had to cancel an offseason workout this week because they violated NFL rules by having live contact in a session last month, coach Matt Eberflus said Wednesday.

Eberflus said the contact that occurred was because of overzealous players and not the team's practice structure. He said neither he nor the organization was fined, and the Bears found out Monday evening that Tuesday's OTA session was canceled. The Bears were back on the field on Wednesday.

Eberflus, hired to replace the fired Matt Nagy, said he didn't see losing a workout as a major issue.

“Our football team has to be able to adjust, adapt and overcome and pivot in situations," he said. "So how we handled this situation was awesome.”

The Bears are implementing a new system after making sweeping changes in the offseason. Besides bringing in a new coach, they hired general manager Ryan Poles to replace the fired Ryan Pace after going 6-11 last season and missing the playoffs for the ninth time in 11 years.