Ravens prepare for playoffs and potential exit by Roman 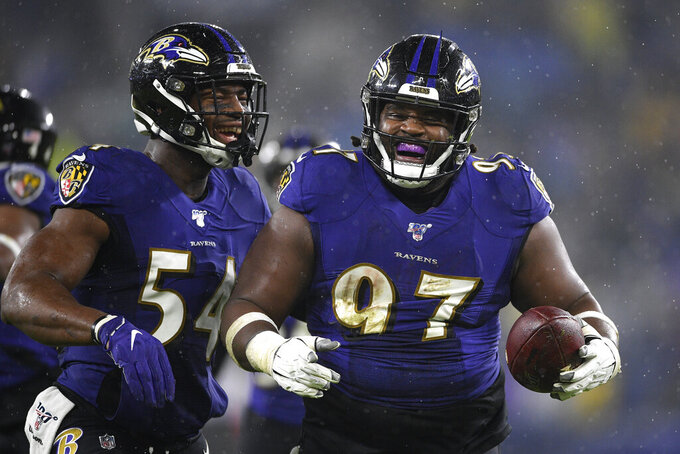 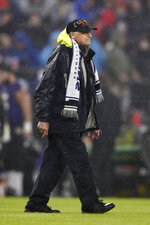 OWINGS MILLS, Md. (AP) — The mastermind behind the Baltimore Ravens' prolific offense may be headed elsewhere after the team has completed its playoff run.

Coach John Harbaugh confirmed Monday that the Cleveland Browns have asked permission to talk to offensive coordinator Greg Roman about their vacant head coaching job, and the Ravens will allow that interview to take place. Harbaugh expects the meeting between Roman and the Browns to occur this week. Top-seeded Baltimore has a bye before opening the playoffs on Jan. 11.

Roman has never been a head coach, but he's highly regarded for his prowess at putting together effective offenses. He experienced success at San Francisco — helping the 49ers to the 2012 Super Bowl — and Buffalo before reaching new heights in Baltimore.

Promoted last January to offensive coordinator after serving as assistant head coach/tight ends coach with the Ravens, Roman rewrote the playbook with Harbaugh to create an attack that helped Baltimore (14-2) bring a 12-game winning streak into the postseason.

With dual-threat quarterback Lamar Jackson leading the way, the Ravens set an NFL record for yards rushing in a season (3,296) and became the first team in league history to average at least 200 yards rushing and 200 yards passing per game.

Defensive coordinator Don Martindale could also be targeted by other teams in the weeks ahead, but Harbaugh is confident that such interviews will not distract from the Ravens' quest to win their third NFL championship.

“It's business as usual. They'll be able to focus 100 percent on preparation and also take a sliver of time and be able to do that,” Harbaugh said.

The Ravens will practice this week on Tuesday, Thursday and Friday before getting the weekend off.

In a word, everything. The Ravens had seven starters on the inactive list Sunday, including Jackson, yet still breezed past the Pittsburgh Steelers 28-10.

The offense generated 223 yards on the ground, the defense yielded only 168 yards, Justin Tucker kicked four field goals and the Ravens scored a touchdown after Pittsburgh's punter mishandled a wet snap.

“It was a team victory, probably in many ways our most complete team victory of the year,” Harbaugh said. “I didn't see any player or phase or unit that was disappointing in any way. That's pretty complete, and that's pretty rare.”

The Ravens need a doctor in the house. Harbaugh said several players have the flu, including Jackson, who nevertheless is expected to practice Tuesday.

“No coaches (are sick) right now,” Harbaugh said, knocking on the wooden lectern.

Linebacker Patrick Onwuasor had a verbal flareup with Harbaugh during practice on Friday, then followed up Sunday with one of his best games of the year.

Onwuasor had five tackles on defense and three more on special teams in a bounce-back performance.

“That's exactly the response you look for,” Harbaugh said. “We had a good heart to heart, and he took it and ran with it and made the most of it. That's all you ever ask for, and it was great to see.”

Rookie WR Marquise Brown had two catches for 15 yards against Pittsburgh and has only three receptions in his last two games. In his defense, he caught both passes thrown in his direction Sunday.

Harbaugh said RB Mark Ingram is “on schedule” in his return from a calf injury sustained on Dec. 22 at Cleveland.

141 — Believe it or not, Tucker has scored exactly 141 points in each of the last four seasons, tied for the Ravens' single-season record. He rallied to get his 141 this season with a 14-point effort on Sunday.

The Ravens will seek to avoid gathering rust by practicing this week. By the time they play their playoff opener, the seven players rested on Sunday (Jackson, Ingram, Marshal Yanda, Earl Thomas, Mark Andrews, Ronnie Stanley and Brandon Williams) will have gone three weeks without game action.