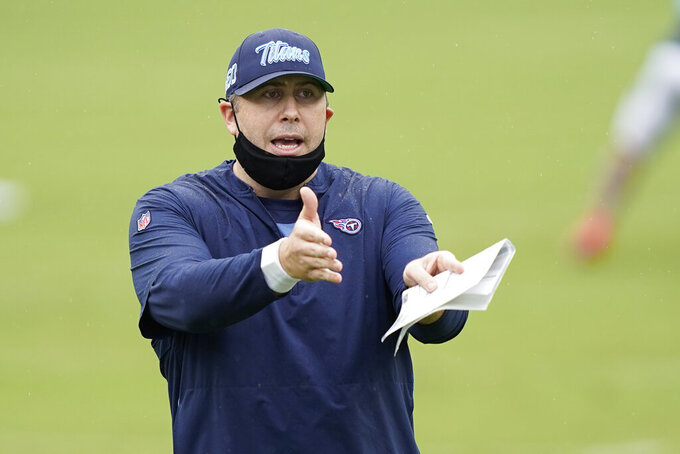 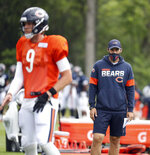 “We want to be adaptable,” Smith said. "That will be a big thing here. We will play to the strengths of our team, but we want to be flexible and adaptable, and that’s one thing we are looking for schematically as we go through this process of hiring coaches.”

The Falcons hired Smith, the former Tennessee Titans offensive coordinator, on Friday. Smith worked with Ragone and Pees during his 10 years with the Titans.

Ragone was the Chicago Bears’ quarterbacks coach since 2016.

The 71-year-old Pees will come out of retirement to join Smith in Atlanta. He was hired by Tennessee in 2018 and announced his retirement after the 2019 season.

Pees, who was 17-51 as Kent State’s head coach from 1998-2003, has worked 16 years in the NFL, including a combined 12 seasons as the defensive coordinator for the New England Patriots, Baltimore Ravens and Titans.

Pees is one of eight NFL defensive coordinators to coach in a Super Bowl with two different teams — New England in 2007 and Baltimore in 2012. His defenses have ranked in the top 12 in 10 of his 12 seasons as coordinator. His 2018 Titans unit ranked eighth in total defense and third in scoring.

Ragone was hired as Tennessee’s wide receivers coach in 2011 and coached the Titans’ quarterbacks in 2013.

Williams was Detroit’s assistant special teams coach. He was a defensive assistant with the Chargers before joining the Detroit staff in 2019.

Brock joined the Falcons staff in 2017 and has coached wide receivers and running backs. Under Brock in 2020, Calvin Ridley set career highs with 90 receptions for 1,374 yards and led the team with nine touchdown catches. He was selected a second-team All-Pro.