Washington's Smith must pass physical before being cleared 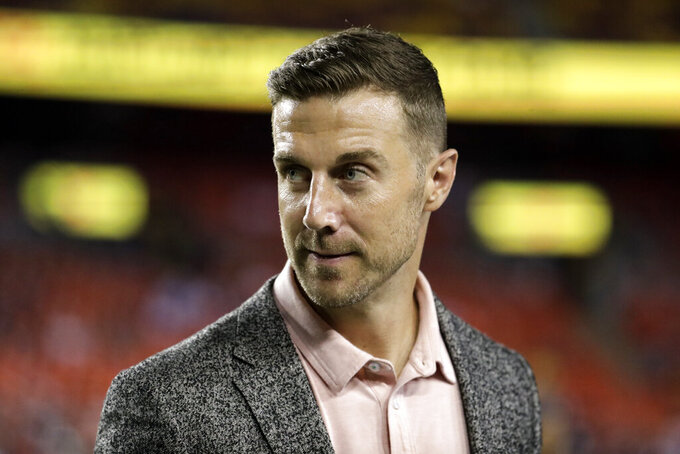 FILE - In this Sept. 23, 2019, file photo, Washington Redskins quarterback Alex Smith stands on the field before an NFL football game against the Chicago Bears in Landover, Md. Smith needs to pass his physical with Washington doctors before being cleared for football activities. A team spokesman said Smith would take that physical Monday, July 27, 2020. Players are set to report to training camp Tuesday. Smith has not played since November 2018 when he broke the tibia and fibula in his right leg. (AP Photo/Julio Cortez, File)

Alex Smith could move one step closer to returning to the football field after a gruesome injury.

The Washington quarterback needs to pass his physical with a team doctor Monday before being cleared for football activities, a team spokesman said. ESPN had reported Smith was already cleared after the 36-year-old said that during an interview while filming a documentary for the network.

Smith is set to take his physical Monday. Veterans report to training camp Tuesday after the NFL and NFLPA agreed on protocols.

Smith hasn’t played since November 2018 when he broke the tibia and fibula in his right leg. He underwent multiple surgeries in the aftermath of the injury and has since worked to get back to game action.

The team's previous regime acquired Smith in a trade with Kansas City in 2018 and signed him to a $94 million, four-year extension. Smith is signed through 2022.

Smith threw for 2,180 yards, 10 touchdowns and five interceptions in 10 games with Washington. During his career that included previous stops with San Francisco and Kansas City, the 2005 No. 1 pick has thrown for 34,068 yards, 193 TDs and 101 INTs.