AFC North has new look, though Ravens still the team to beat 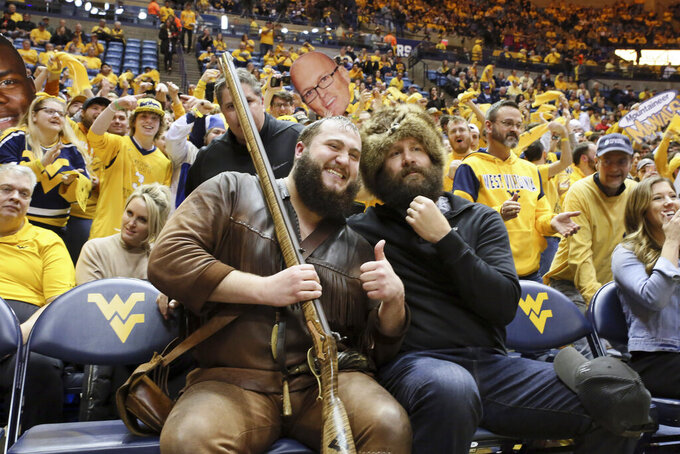 Following a season in which Lamar Jackson and the Baltimore Ravens ran away with the AFC North title, the rest of the division has been working diligently to narrow the gap.

The Ravens, however, show no signs of slowing down.

After a whirlwind of free agent signings and the NFL draft, the AFC North has a decidedly different look.

— Cincinnati has essentially handed the reins of the offense to LSU quarterback Joe Burrow, the top pick in the draft.

— Ben Roethlisberger is poised to return to the Steelers after missing the final 14 games in 2019.

— Cleveland is counting on a new general manager, a first-year coach and an improved offensive line to rescue the long suffering franchise.

The chase is on, but Baltimore might be tougher to take down than Jackson in an open field.

The Ravens didn’t stand pat after a 14-2 season in which they easily won the AFC North over a trio of sputtering pursuers that failed to achieve a winning record.

“We got better as a football team,” general manager Eric DeCosta declared after a draft in which the Ravens snagged 10 players, most notably LSU linebacker Patrick Queen and Ohio State running back J.K. Dobbins.

Dobbins joins an offense that led the league in scoring and set an NFL record with 3,296 yards rushing. In his first full season as a starter, Jackson ran for 1,206 yards -- most ever by a quarterback -- and threw 36 touchdown passes before being selected NFL MVP by a unanimous vote.

A two-win Bengals team used the offseason to make a clean break heading into coach Zac Taylor’s second year, tearing up the foundation.

They made Burrow the new face of the franchise as Andy Dalton’s replacement. They also took receiver Tee Higgins, who grew up modeling his game after Cincinnati’s A.J. Green and is now in line to replace him down the line.

The Bengals scored the third-fewest points in the NFL last season and ought to at least be more interesting in Burrow’s first go-around.

Cincinnati fortified the defense through free agency, bringing in three cornerbacks, a safety, a linebacker and a tackle.

The Steelers' biggest offseason move centered not on the draft or free agency but the continued rehab of Roethlisberger’s right elbow.

The team is betting heavily that the 38-year-old Roethlisberger can return to form in 2020, and they tried to help him along by grabbing a couple of big targets to punch up an offense that sputtered in his absence.

Notre Dame wide receiver Chase Claypool (6-foot-4) is the cornerstone of the draft class and tight end Eric Ebron (also 6-4) signed a two-year deal looking for a chance to get his career back on track following an injury-marred 2019 in Indianapolis.

Pittsburgh also signed outside linebacker Bud Dupree to a one-year franchise tender with the hopes of keeping him long term. Dupree and All-Pro T.J. Watt formed one of the league’s top pass-rush tandems last season. They’ll need to do it again if the Steelers have any chance of keeping up in a division featuring three Heisman Trophy quarterbacks, all 25 or younger.

Like last year, the Browns seem to be winning the offseason. That doesn’t guarantee there will be a winning carryover.

First-time general manager Andrew Berry stuffed some major holes in Cleveland’s roster with free agent signings and astute draft picks. The erratic, inconsistent play at both tackle spots was a major issue last season, in part leading to a drop-off in the play of second-year quarterback Baker Mayfield.

Free agent RT Jack Conklin was signed to a three-year, $42 million contract, and the Browns grabbed Alabama standout Jedrick Wills with the No. 10 overall pick to play on the left side. The hope is the newcomers will protect Mayfield, open holes for running back Nick Chubb and give first-year coach Kevin Stefanski’s offense a chance to flourish.

The secondary could be special if LSU safety Grant Delpit can step in right away. The loss of veteran linebackers Joe Schobert and Christian Kirksey has left a vacuum, but the Browns added depth up front in free agent tackle Andrew Billings and end Adrian Clayborn.

The coronavirus pandemic has delayed Stefanski from seeing what he’s got on the field, and the interruption could be costly for a young team still trying to find its way.