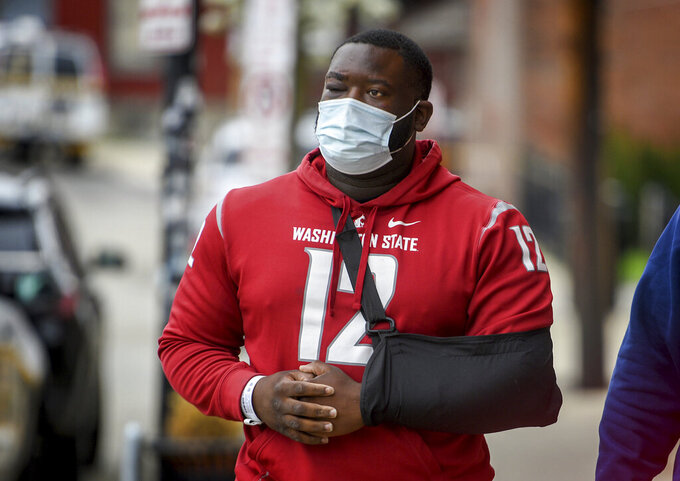 PITTSBURGH (AP) — The attorney for a man who accused NFL star Aaron Donald of assaulting him at a Pittsburgh nightclub last weekend has apologized, saying it was a case of mistaken identity.

Attorney Todd Hollis, who represents DeVin­cent Spriggs, told Pittsburgh reporters Friday that his client mis­took someone else for Don­ald dur­ing the al­ter­ca­tion. He said his client had believed Donald was responsible, but after reviewing the tapes, “I realized that it was not Aaron Donald."

“I certainly extend an apology to Aaron for any problems this may have caused him," Hollis said. ”Aaron has certainly been through enough so we want to put this to rest.”

Earlier, an attorney for the Los Angeles Rams defensive lineman said witnesses and surveillance video refuted the accusation. Attorney Casey White told WPXI-TV that the video indicated that Donald did not assault anyone but was trying to save Spriggs.

The incident occurred around 3 a.m. Sunday in the city’s South Side. White said the men were at a private party in an apartment, and that after the initial confrontation, Donald and another person encountered Spriggs in a back alleyway.

Donald, 29, was named the Associated Press NFL defensive player of the year in February and played college football at the University of Pittsburgh.