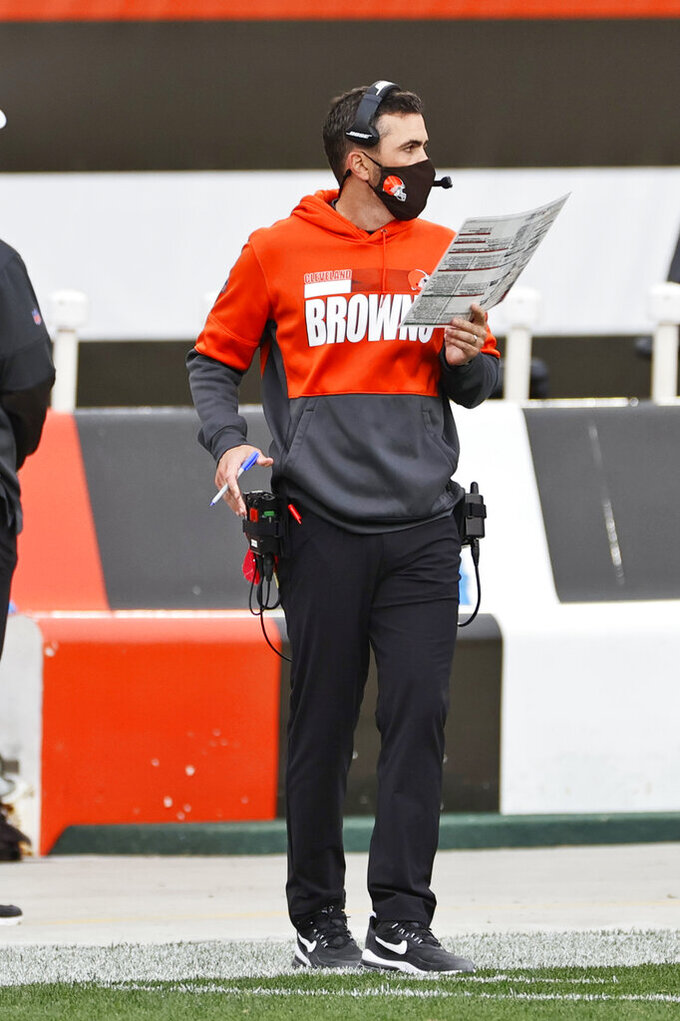 CLEVELAND (AP) — Browns quarterback Baker Mayfield only injured his ribs in Sunday's win over the Indianapolis Colts, a victory that pushed surprising Cleveland to 4-1 for the first time in 26 years.

Coach Kevin Stefanski said Monday that Mayfield is “sore” but that his injury is specific to the ribs. After getting X-rays, the third-year QB had mentioned his right wrist as taking a hit.

Stefanski seems optimistic that Mayfield, who was checked in the medical tent during the fourth quarter, will play next Sunday when the Browns (4-1) visit unbeaten Pittsburgh (4-0). Cleveland has lost 16 straight games at Heinz Field.

“I think he's going to fight through this,” Stefanski said. “But we'll be smart.”

The Browns’ secondary took another hit as safety Ronnie Harrison, who returned an interception for a touchdown on Sunday, was placed in concussion protocol. Harrison started for Karl Joseph after he injured his hamstring in practice last week.

Also, Stefanski said cornerback Greedy Williams will be placed on injured reserve with a nerve injury in his shoulder. Williams, a second-round pick in 2019, missed his fifth straight game with an injury the team didn’t think was very serious when he got hurt in training camp.

“He is working so hard in rehab, but just the docs thought it was best to shut him down, see how it responds,” Stefanski said. “No surgery required at this point. There’s a potential that he’s back this year, we just don’t know.”

Browns right guard Wyatt Teller strained his right calf against the Colts and is “week to week,” Stefanski said.

Mayfield threw two first-half touchdowns while helping the Browns build a 27-10 lead. However, he struggled in the second half and completed just 2 of 9 passes for 19 yards. Afterward, he said it was his worst game this season.

“I like that he's hard on himself,” said Stefanski, adding he could have done a better job with play calling. “He wants to be great.”