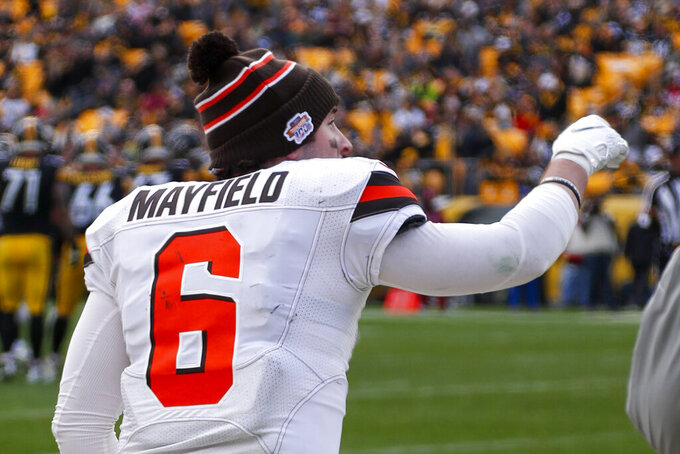 BEREA, Ohio (AP) — Browns quarterback Baker Mayfield is not expected to miss any time after injuring his right hand in Sunday’s loss to Pittsburgh.

Mayfield played the second half with a glove helping protect and support his hand after he struck it on the facemask of Steelers linebacker Bud Dupree while throwing a deep incompletion just before halftime.

Browns coach Freddie Kitchens said Monday that he was prepared to play backup Garrett Gilbert in the second half, but X-rays taken on Mayfield at halftime were negative.

Kitchens said Mayfield “should be fine” and able to start this week when the Browns (5-7) host the Cincinnati Bengals.

The second-year QB completed 18 of 32 passes for 196 yards with one touchdown and one interception against the Steelers. He went 8 of 15 for 98 yards in the second half. Mayfield’s final pass was picked off by former Browns cornerback Joe Haden.