Browns take chance on Malik McDowell, DT with troubled past 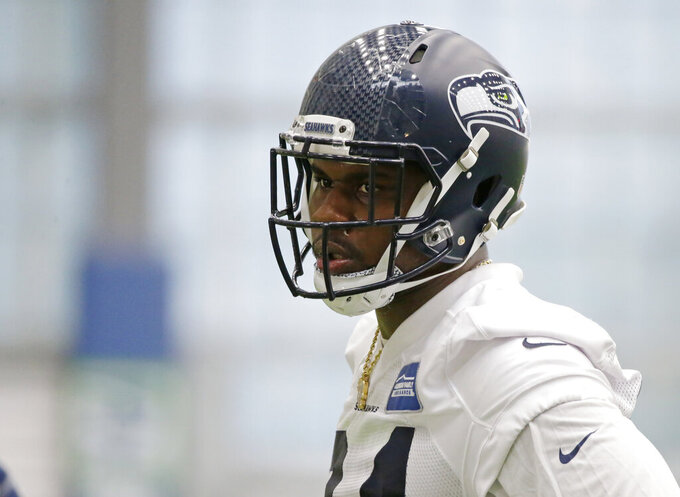 CLEVELAND (AP) — The Browns are giving Malik McDowell the chance to revive an NFL career stopped by some serious legal trouble.

Selected in the second by the Seahawks in 2017, McDowell was sentenced to 11 months in jail in 2019 for several offenses, including the assault of a Michigan police officer who couldn't subdue the 6-foot-6, 295-pounder despite using a Taser.

McDowell suffered a head injury in an ATV accident three months after being drafted and never played for the Seahawks.

Cleveland general manager Andrew Berry said the club has done “extensive work” on McDowell over the past two months and is comfortable signing him.

“He is accountable for his actions and has had to live with the consequences for decisions earlier in his life," Berry said. "We believe Malik is in a good place, personally and medically. He has taken the necessary steps to get on a healthy path, and has learned from his experiences. Malik understands the expectations we have of him as he attempts to make our football team.

"He is committed to taking advantage of the support network in place to become the best version of himself —both on and off the field — and we will support him as he attempts to make his return to football.”

McDowell's other legal entanglements include resisting arrest and operating a vehicle while intoxicated after the 2019 incident in which he fought with two officers. He was also charged that year with receiving and concealing stolen property.

In 2017, he was sentenced to 12 months probation for a DUI incident, and he was arrested on a disorderly conduct charge stemming from an incident at an Atlanta-area nightclub.

McDowell's signing comes two days after the Browns were lauded for their second draft with Berry in charge.

Wilson's signing along with the Browns drafting Ohio State defensive tackle Tommy Togiai in the fourth round lessens the chances of the team brining back Sheldon Richardson, who was recently released in a salary-cap move.