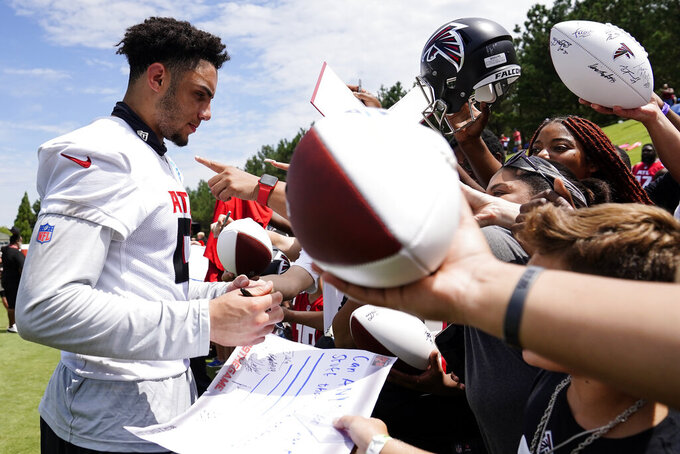 Coach Arthur Smith indicated there is no immediate timetable for London's return to the field.

“It’s nothing that we’re really concerned about long term,” Smith said. “We’ll be smart. He’s had a really good training camp. We hope to get everyone back by the time the regular season rolls around.”

London asked out of Friday’s game after catching a 24-yard pass from Marcus Mariota in the first quarter. He bounced up as soon as he was tackled and showed no signs of a limp as he headed to the sideline.

He went briefly into the medical tent on the sideline and spent the rest of the night watching the game.

Smith said it was too soon to tell if London will miss the rest of the preseason.

“We’ll see and we’ll assess it week to week,” Smith said. “He’s had a really good camp. He’s got his feet wet, and I’m pleased with him.”

London sustained a broken right ankle last year in his final season at USC, but still caught 88 passes for 1,084 yards and seven touchdowns in eight games. He was chosen Pac-12 offensive player of the year despite missing the Trojans’ last four games.

Rookie linebacker Troy Andersen, a second-round pick, was back on the practice field Sunday after not playing at Detroit.