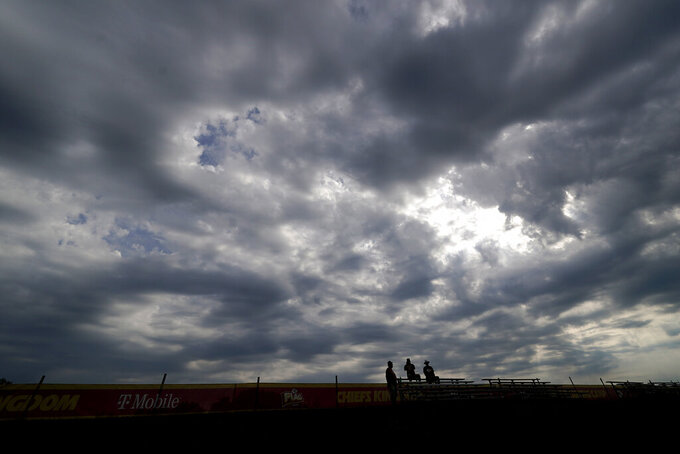 ST. JOSEPH, Mo. (AP) — Former first-round pick Danny Shelton began his latest fresh start with the Kansas City Chiefs on Monday, hoping to earn a place in the middle of their defensive line after agreeing last week to a contract for the upcoming season.

The 28-year-old Shelton appeared in 13 games for the Giants last year, when he rotated up front as primarily a run-stuffing defensive tackle. That came after a season with the Patriots, two with the Lions and Shelton's first three with the Browns, who made him the 12th overall pick in the 2015 draft after a standout career at Washington.

“He got some good work in,” Chiefs coach Andy Reid said after the Chiefs began their final week of camp at Missouri Western. “We're kind of monitoring him like we did Carlos (Dunlap) and the other guys that came in. We gave him part of practice. He's a big body that's a good athlete. He's had a lot of good downs in this league.”

The Chiefs have dramatically remodeled their defense after last season, when it let them down in the second half of an AFC title game loss to Cincinnati. Most newcomers arrived via the draft, including first-round picks Trent McDuffie and George Karlaftis, but Chiefs general manager Brett Veach has plugged a couple of other holes with veterans in camp.

He'll likely rotate with Derrick Nnadi and Tershawn Wharton, who appear to have a leg up on Khalen Saunders and Taylor Stallworth heading into the Chiefs' second preseason game Saturday against Washington.

“Brett wanted a little more in there and brought him in,” Reid said of Shelton, who has started 72 of the 100 games he has played over his first seven seasons. “He was a good addition.”

The addition of Shelton came the same day that Kansas City waived offensive lineman Evin Ksiezarczyk, cornerback Lonnie Johnson and wide receivers Omar Bayless and Gary Jennings, who was dealing with a concussion that he sustained when he ran into a door during an indoor practice. Jennings was waived with an injury designation.

The Chiefs still need to cut two players by Tuesday's deadline to reach the 85-man limit for this point in training camp.

Johnson was a somewhat surprising cut given the Chiefs once thought highly enough of him to trade a conditional seventh-round pick to Houston for him. But Johnson quickly fell behind McDuffie and rookies Joshua Williams and Jaylen Watson on the depth chart, and the return of Rashad Fenton from the PUP list only pushed him further behind.

“We have to keep getting better," Reid said, “but we do see the potential there for that. I think that's important. And Lonnie will hook on with somebody else. It gives him a chance to get on another team and do his thing there."

The Chiefs practiced without both of their specialists Monday because kicker Harrison Butker is dealing with a sore ankle and punter Tommy Townsend was excused for personal reasons. But it led to the most entertaining part of camp, where the field-goal unit lined up with Juan Thornhill providing the holds and fellow safety Justin Reid doing the kicking.

Reid wound up hitting seven of nine attempts with a long of 45 yards sailing wide right. Reid made a PAT in the preseason opener at Chicago.

Notes: TE Blake Bell was out after sustaining a hip flexor injury in last weekend's preseason loss in Chicago. “They're still going through it,” Reid said. “This particular (injury) is a little unusual. They're looking at it and seeing where they go with it.” ... Reid has not announced how long starters will play against the Commanders, but acknowledged “we normally take it up to a half, a quarter-and-a-half, that type of things. We'll see how it goes.” The starters got a series in Chicago.