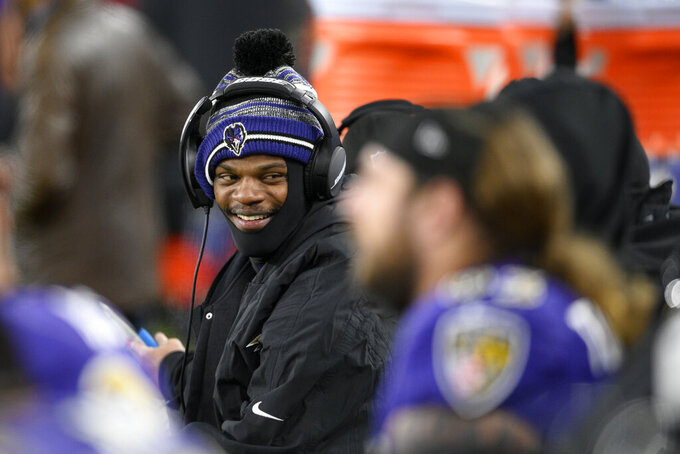 OWINGS MILLS, Md. (AP) — Baltimore star Lamar Jackson missed practice again Friday because of his injured ankle, and the Ravens listed him as questionable for Sunday's game against the Los Angeles Rams.

Jackson has missed the past two games. He finally returned to practice Wednesday but was limited, and he hasn't practiced since. Coach John Harbaugh is not ruling out the possibility Jackson could play, however.

“I think he has a chance to play on Sunday. We’ll have to see,” Harbaugh said. “This time of year, you have guys who have different things. He has what he has, and some other guys have their dings and things like that. It’s all hands on deck."

The Ravens chose to make Tyler Huntley, not Jackson, available to reporters Friday. Huntley started in Jackson's place two weekends ago against Green Bay, but he missed last weekend's game at Cincinnati because he was on the COVID-19 list. Huntley is back now.

By Teresa M. Walker 42 minutes ago
By John Marshall an hour ago
By Greg Beacham 2 hrs ago
By Tom Withers 2 hrs ago
By Rob Maaddi 3 hrs ago