Patriots not fretting about their few Pro Bowl selections 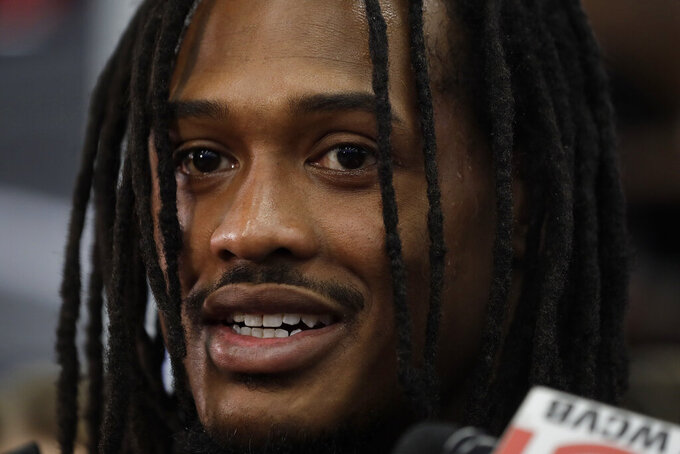 And that’s just fine by them.

Despite being 11-3, having the NFL’s top-ranked defense and clinching their NFL-record 11th consecutive playoff berth, only three Patriots were voted to the Pro Bowl by fans, players and coaches.

Cornerback Stephon Gilmore and linebacker Dont'a Hightower were selected on defense and Matt Slater was chosen on special teams. The Patriots had only two players selected last season but went on to win the Super Bowl.

“Huge honor, but definitely was not planning on that this year. Obviously have bigger goals ahead,” said Hightower, who was named to his second-career Pro Bowl. “Hopefully we’ve got bigger fish to fry.”

Hightower said he was a little surprised that more his defensive teammates didn’t get selected considering the historic numbers the unit has put up this season.

The Patriots' defense is first in the NFL with 36 takeaways (25 interceptions, 11 fumble recoveries) and have a league-best plus-24 turnover margin. It also has allowed a league-low 16 total touchdowns (six rushing, 10 passing) and 181 total points (12.9 points per game). Since the NFL moved to a 16-game schedule in 1978, only seven teams have allowed fewer than 200 points in a season.

“Yeah, I guess there’s a lot going on,” Hightower said. “Devin McCourty (five interceptions) has been arguably one of the better safeties, not only in the Patriots’ decade but in this decade. He does so much that it’s kind of hard to put a guy over him. … Arguably we have a lot of guys that deserve it.”

Slater was selected for the eighth time in his career. It is the second straight Pro Bowl selection for Gilmore, who is tied for the NFL lead with six interceptions and has a league-best 24 pass breakups heading into Week 16.

Though he's usually quiet and reserved, Gilmore said during an interview on Boston radio’s 98.5 The Sports Hub Wednesday that he believes he should be a candidate for defensive player of the year.

“My play speaks for itself,” Gilmore said. “If you really watch the tape each and every game, there’s no question.”

Quarterback Tom Brady, who is tied for the record with 14 Pro Bowl selections, was left off the Pro Bowl roster for the first time since the 2008 season when he suffered a knee injury in the first game.

It wasn’t a surprise, considering how he and New England’s offense have struggled this season. But Hightower said it also does little to blemish Brady’s career accomplishments.

Notes: CB Jonathan Jones sat out his second straight practice Wednesday with a groin injury he sustained in the Patriots’ win over the Bengals. Jones has appeared in all 14 games this season, primarily filling the role of slot defender when New England has used formations with five defensive backs. He is sixth on the team in tackles with 47.