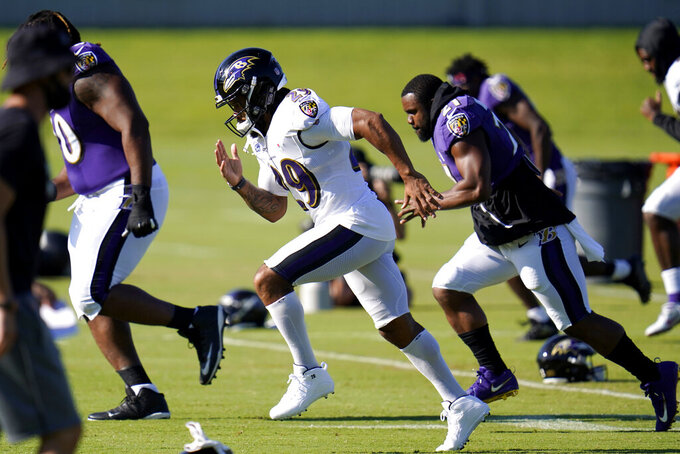 The Baltimore Ravens have terminated the contract of seven-time Pro Bowl safety Earl Thomas, who got involved in a fight with a teammate Friday and did not attend practice Saturday.

According to a statement released Sunday by the team, Thomas was released “for personal conduct that adversely affected the Baltimore Ravens."

The action stems from Thomas' fray with defensive back Chuck Clark at practice after Thomas admittedly blew a coverage assignment. Although the Ravens don't have someone else with his talent at free safety, keeping Thomas would have created the potential for poor chemistry on a team with aspirations of playing in the Super Bowl.

Coach John Harbaugh had little to say on the matter after Sunday's practice at Baltimore's home stadium.

“I think the statement speaks for itself. There’s really not much more to add to that," he said. “Just planning on leaving it at that at this point.”

“We’re moving on in a different direction," Hewitt said. “You guys want to keep on talking about Earl Thomas; I think we already addressed that.”

If Thomas was released outright, Baltimore would have taken a $15 million salary-cap hit this year and $10 million in 2021. By voiding his $10 million guaranteed salary for conduct detrimental to the team, he will count $5 million against the cap this season and $10 million next year.

Thomas posted an explanation for his behavior Friday on his Instagram account, but subsequently deleted it. The post said: “A mental error on my part .. A Busted coverage that I tried to explain calmly meet with built up aggression turned into me getting into with a teammate."

Now, Thomas will have to stay at home until another team comes calling. The Dallas Cowboys are among those clubs rumored to be interested in the 31-year-old, who played nine seasons in Seattle before joining the Ravens in 2019.

His run in Seattle ended after he raised his middle finger toward Seahawks coach Pete Carroll while being carted off the field with a leg injury.

Thomas played in 15 games in his first season with Baltimore. He was selected to the Pro Bowl despite getting only two interceptions.

It's been a tumultuous year for Thomas. His wife was arrested in April after police in Texas say she pointed a loaded gun at Thomas' head after she found him in bed with another woman.