Wagner present, but not participating in Seahawks OTAs 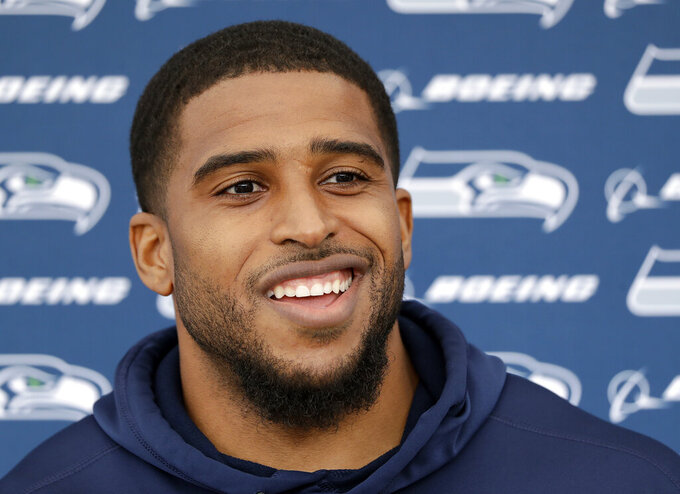 That was the message delivered by the All-Pro middle linebacker Tuesday as Seattle continued the first week of organized team activities. Wagner's contract is up after next season and he indicated there had been preliminary talks regarding a new deal. But until one is in place, he will be a spectator during the optional workouts.

Wagner's contract situation is one of Seattle's remaining loose ends this offseason. Defensive tackle Jarran Reed is still also playing under a deal that's up after the upcoming season. The Seahawks took care of quarterback Russell Wilson with a massive new deal and traded Frank Clark to Kansas City to obtain more draft picks.

For now, Wagner has to prepare as though this is his final year in Seattle.

"I am honoring the contract. I am here, participating, helping the young guys to be the best they can be," Wagner said. "So I am here and that's what I want to do. This is my decision. So as of right now there is no other years for me left here so that was just a very honest opinion that if I don't get a deal done, that's it. But I believe there is something that can happen."

Wagner's position doesn't create the distraction of a contract holdout but it does make it clear he doesn't intend to take any risks. He saw both sides of what can happen in his own locker room with two players entering the final year of their deals.

Earl Thomas held out last year, appeared to create friction with the front office and left in free agency following an injury that ended his season early. Meanwhile, K.J. Wright showed up for the offseason program, missed significant time with a knee injury, but was still rewarded with a new deal.

Wagner said balancing all those different scenarios is playing into his decision now.

"It's a tricky situation and this is a business. You get hurt, they don't pay you, so you've got to be mindful of that," he said. "You all know I'm a professional, I'm going to be in shape, I work out every single day so you all don't have to worry about me being in shape and my mind is going to always be sharp."

The 28-year-old is representing himself in negotiations, bypassing an agent for the first time in his career. He does have a target for the kind of contract he's seeking after C.J. Mosley signed with the New York Jets this offseason for an average of $17 million per season.

"I mean, the number is the number, the market is the market," Wagner said. "That's the top linebacker market. That is the standard and so that is the plan to break that."

Coach Pete Carroll said there's been a set process for how the team has approached the offseason and Wagner has been aware of where he stands.

"We're right in stride with the process. Bobby's been great. Everything is going to come together in time," Carroll said. "Everything is in order and we're in order of what we want to do and it feels very comfortable and very amicable and all of that."

NOTES: Seattle signed first-round pick DE L.J. Collier on Tuesday. Nine of 11 draft picks have signed. DK Metcalf and Cody Barton are the only two who haven't. ... Seattle has a number of players recovering from offseason surgeries. Carroll said Reed (sports hernia) will be back in time for training camp. RB Chris Carson had a minor knee procedure and should be back participating in a couple of weeks. S Bradley McDougald also had a knee procedure and was not present Tuesday.