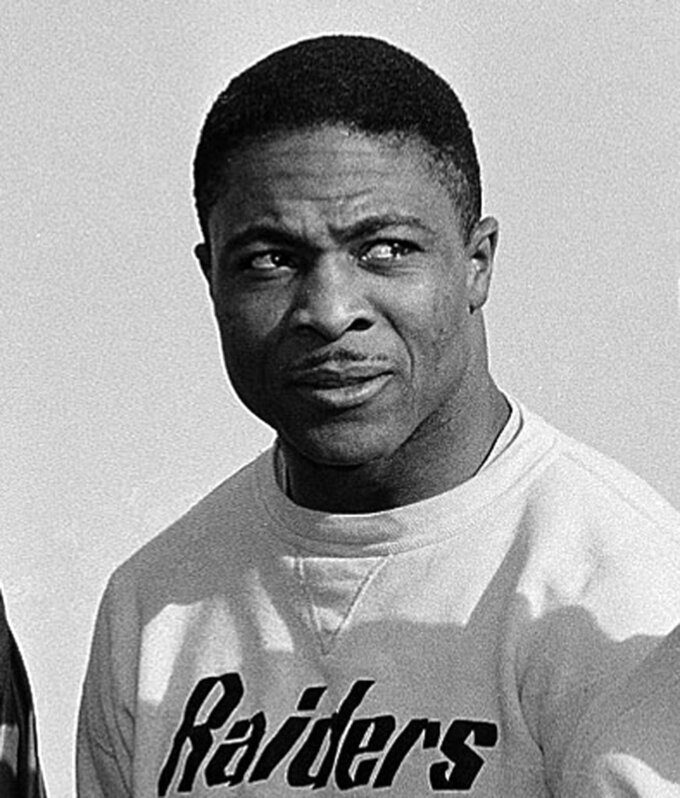 The team announced Daniels' death late Monday night but did not give a cause.

Daniels played nine seasons of pro football starting with the Dallas Texans of the AFL in 1960. He spent his next seven seasons with the Raiders where he had his greatest success before finishing his career with the San Francisco 49ers in the NFL in 1968.

Daniels' best season came in 1963 in the first year under coach Al Davis. Daniels led the AFL with 1,099 yards rushing in 14 games and also had a league-best 22.8 yards per catch as a running back.

Daniels' 5,101 yards rushing in the AFL were the most ever in the league.

By Dennis Waszak Jr. 9 minutes ago
By Teresa M. Walker 4 hrs ago
4 hrs ago
By Josh Dubow 4 hrs ago
By Steve Reed 6 hrs ago