Falcons' Julio Jones still has chance to play against Bears 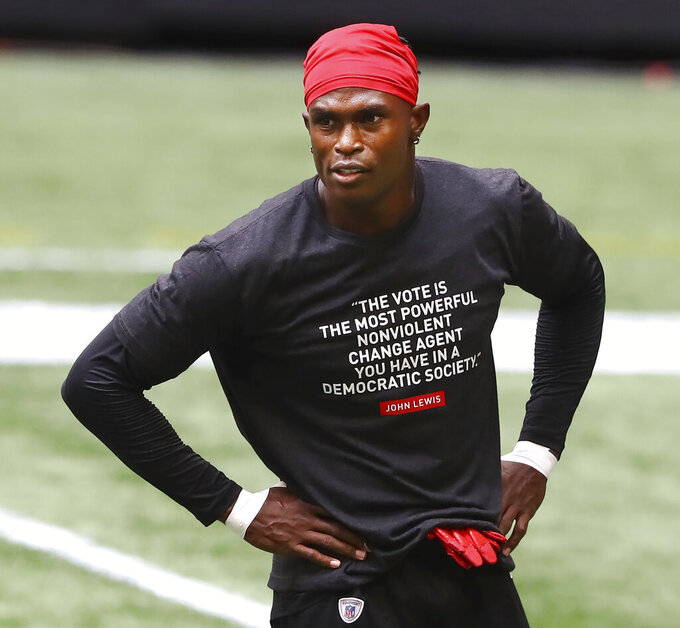 Atlanta Falcons wide receiver Julio Jones wears a shirt in honor of John Lewis while preparing to play the Seattle Seahawks in am NFL football game on Sunday, Sept. 13, 2020, in Atlanta. (Curtis Compton/Atlanta Journal-Constitution via AP)

ATLANTA (AP) — Atlanta Falcons wide receiver Julio Jones still has a chance to play against the Chicago Bears on Sunday after missing practice this week with a hamstring injury.

Jones was listed as questionable on Friday.

“We’ll take it all the way to the game with Julio,” coach Dan Quinn said, noting that Jones has been involved with the game plan.

It is not unusual for Jones to play in games after missing most or all of the practices.

“He has the rare ability to do that when called upon if he is available,” Quinn said. “We'll give him and a couple others all the time and space they need.”

If Jones is limited or held out, there would be more pressure on Calvin Ridley, who shares the NFL lead with 239 yards and leads the league with four touchdown catches.