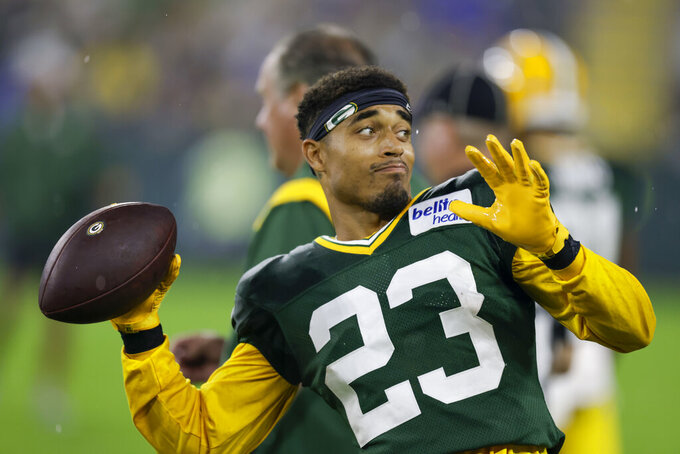 Green Bay Packers cornerback Jaire Alexander has agreed to terms on a four-year, $84 million contract extension with a $30 million signing bonus, a person familiar with the deal tells The Associated Press.

The person spoke on the condition of anonymity because the extension hasn’t been announced. ESPN first reported the deal.

Alexander, 25, was a second-team selection in All-Pro voting in 2020 but played just four games last season before getting sidelined by an injured right shoulder. Alexander returned to play in the Packers’ 13-10 NFC divisional playoff loss to the San Francisco 49ers.

He led the Packers in passes defensed each of his first three seasons. He made the Pro Bowl in 2020 and was an alternate in 2019.

The Packers drafted Alexander out of Louisville with the 18th overall selection in 2018. The Packers started that draft with the 14th overall pick, traded down to the No. 27 spot and then moved back up to No. 18. Their series of trades that day brought them a 2019 first-round pick they used on Maryland safety Darnell Savage.

Getting a long-term commitment out of Alexander should make the Packers strong at cornerback for years to come as he teams up with 2021 first-round pick Eric Stokes and Rasul Douglas.

The Packers agreed to terms with Douglas on a three-year, $21 million contract earlier this year after his breakthrough season that included a game-clinching interception in the end zone against the Arizona Cardinals, and touchdowns on interception returns in back-to-back wins over the Los Angeles Rams and Chicago Bears.