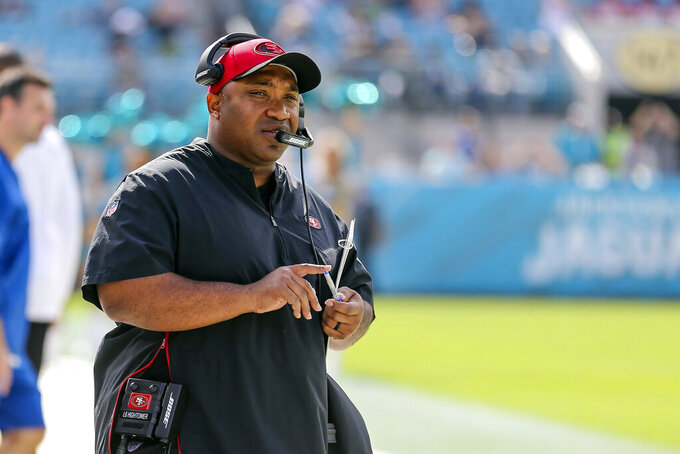 Hightower spent the past five seasons as San Francisco's special teams coordinator and has 15 years of NFL coaching experience. He replaces Chris Tabor in Chicago, where Hightower was assistant special teams coach on John Fox's staff in 2016.

Special teams played a big role in San Francisco's NFC championship game run this season. The 49ers blocked a punt and returned it for a tying touchdown in the fourth quarter of their divisional-round game at Green Bay, and former Bear Robbie Gould kicked the winning field goal. San Francisco also blocked a field goal by Green Bay at the end of the first half.

The 49ers then lost to the Los Angeles Rams in the NFC championship game.

Eberflus is in his first NFL head coaching job, replacing the fired Matt Nagy, after he spent the past four years as Indianapolis defensive coordinator. The Bears also have a new general manager, with Ryan Poles taking over for Ryan Pace.