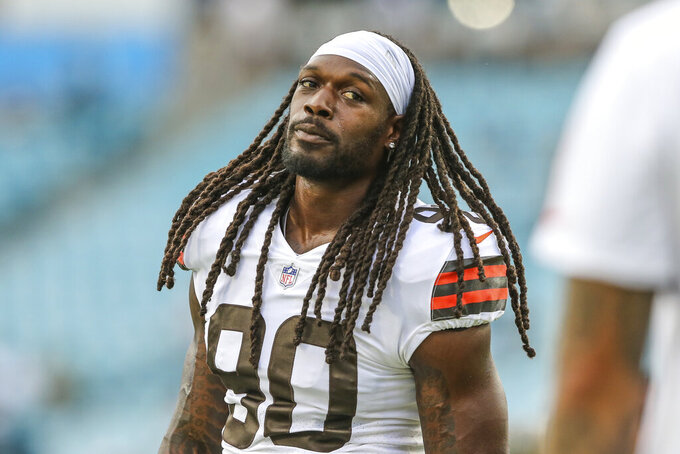 Clowney got hurt in the third quarter while chasing Jets quarterback Joe Flacco. Clowney, who had a strip sack in the first half, struggled to get to the sideline before being evaluated in the medical tent.

Clowney did not return and the Browns (1-1) blew a 13-point lead in the final two minutes to lose their home opener. He left FirstEnergy Stadium in a walking boot.

Without Clowney, the Browns were forced to play rookies Isaiah Thomas and Alex Wright more, and they didn't have their usual depth in the final minutes as they tried to hold off the Jets (1-1).

Browns coach Kevin Stefanski did not offer any specifics about Clowney's injury or its severity. The three-time Pro Bowler is in his second season with Cleveland, which re-signed him to a one-year deal in May after he played well in 2021.

Quarterback Jacoby Brissett injured his ankle in the fourth quarter but finished Sunday's game. Stefanski said Brissett is not on the injury report.